CoLab Points are awarded to a winning global proposal and are shared among all the people responsible for creating the content the proposal contains.

This includes those who created the: 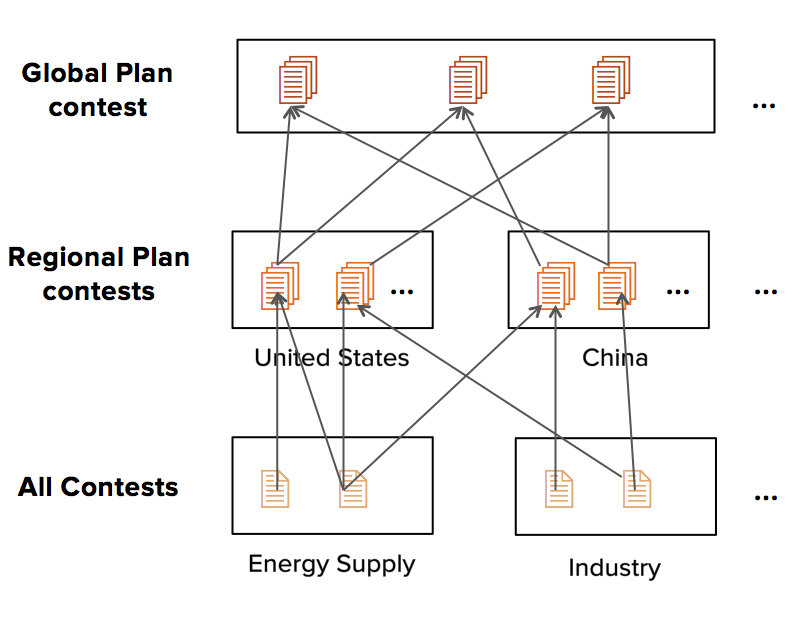 The system for distributing points among all these people is intended to allocate points roughly in proportion to:

The tentative allocations to accomplish these goals are outlined as follows:

For each global proposal:

For each regional proposal:

Depending on the experiences and opinions of the Climate CoLab community during the early parts of the 2015 contests, these percentages may be adjusted before the final proposals are submitted.  If you have suggestions on changes about these proportions, let us know.