Question: What projects, initiatives, technologies or strategies can support cities in their transition towards a circular economy? (VF disponible)
Submit Proposals: https://www.climatecolab.org/contests/2018/circular-economy-economie-circulaire
Rules: All entrants must agree to the Contest rules and Terms of Use
Deadline: Sunday, Apr 01, 2018 at 20:00:00 PM Eastern Daylight Time
Judging Criteria & Prizes: See below.

As part of the ICLEI World Congress 2018, the Ville de Montr?al and ICLEI - Local Governments for Sustainability are seeking innovative solutions that could facilitate the transition of cities and neighborhoods towards a circular economy. Proposals could be, for example, information and communications-based technologies, strategies, policies, or stakeholder engagement projects with the objective of (non-exhaustive list):

Cities are at the center of global economic growth, and account for 70 percent of global greenhouse gas (GHG) emissions (Paris City Hall Declaration, 2015). The main factors influencing GHG emissions in urban areas include activities at the heart of the urban economy and consumption habits of citizens (UN-Habitat, 2016).

In order to maintain high economic growth rates, increase productivity and new business investments, while at the same time reduce emissions, the Ville de Montréal and many cities are working to transition towards a circular economy. According to the EDDEC Institute, a circular economy is a "system of production, exchange and consumption aimed at optimizing the use of resources at all stages of the life cycle of a good or a service, in a circular way, while reducing the environmental footprint and contributing to the well-being of individuals and communities" (2016). 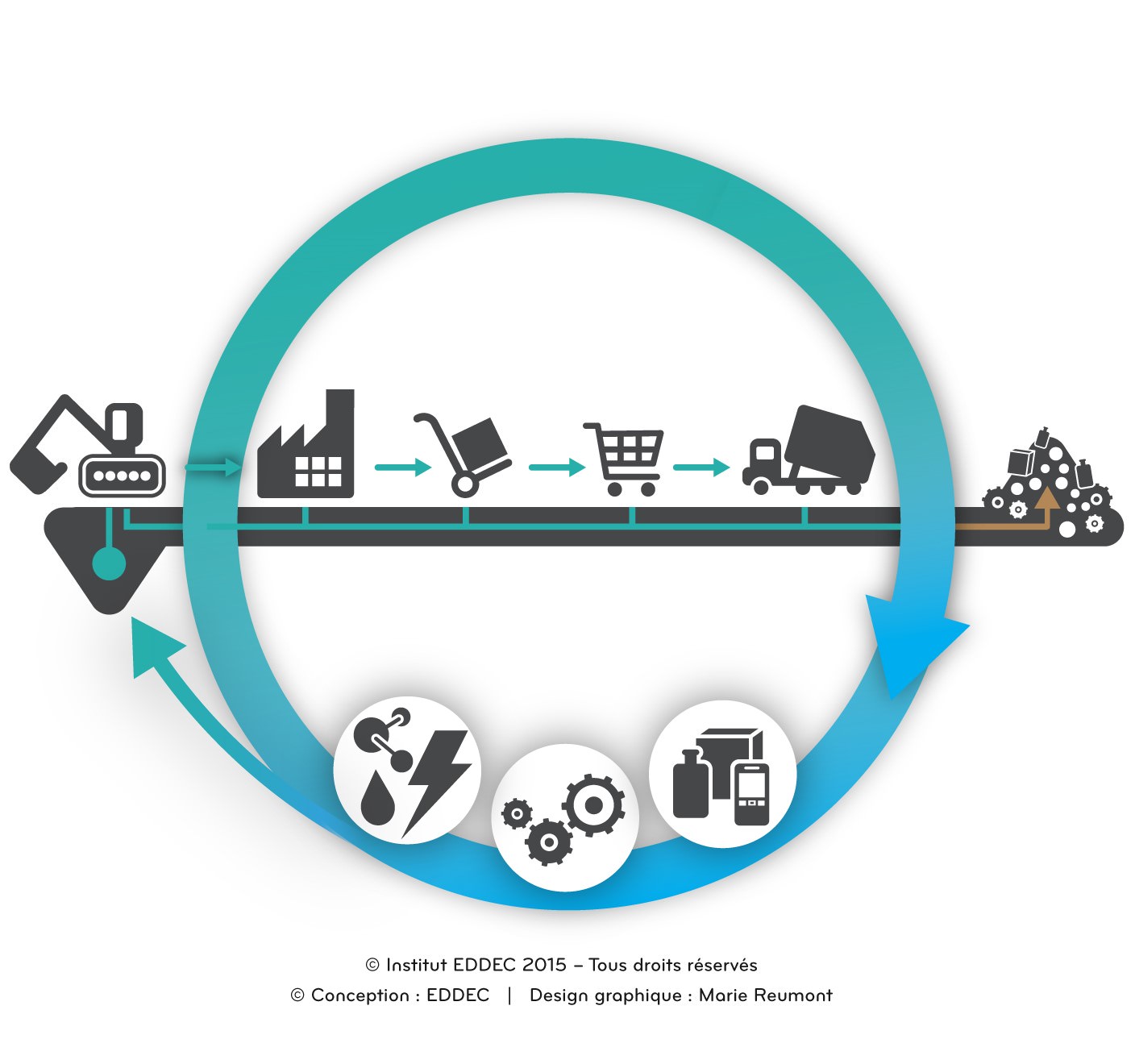 Transitioning to a circular economy at the neighborhood and city-level requires actions to be organized in a way that facilitates the sharing of information and goods, and ensures cohesion between different stakeholders (e.g. municipalities, industries, enterprises, citizens, institutions, etc.).

Judges will be asked to evaluate proposals on the following criteria:

Judges will evaluate proposals, and deliberate as a group to select semi-finalists, finalists, and one Judges’ Choice Winner. Semi-finalists and finalists’ proposals, and the winner of the Judges’ Choice Award, should be especially strong in at least one of the first three judging criteria, and be well presented. Judgments of desirability are also made in the final stage of the contest by the Climate CoLab community through popular vote (Popular Choice Award Winner).

Top proposals in this contest will be awarded...

Popular Choice Award* – Finalist proposal that receives the most votes during the public voting period.

The main author of the Judges’ Choice Award winning proposal will be invited to present his/her solution at the ICLEI World Congress 2018 to be held on June 19-22, 2018 in Montréal (Canada). Flight tickets and conference registration fees for this person will be covered. The Judges’ Choice Award Winner will also be invited to join a side-meeting with Montréal City staff and external stakeholders to further discuss this solution.

Neither the Ville de Montréal nor ICLEI commits or is legally required to hire the Winner(s) of this contest and/or to implement the winning solution(s).

* The Judges’ Choice Award is allocated at the Judging panel’s discretion. In rare cases, the Judges may choose not to select an awardee.  Please see contest rules for details.

As the largest city in Québec and the second largest city in Canada, the Ville de Montréal is a center of knowledge, innovation, and culture. The Ville de Montréal has established itself as a leader in sustainable development. In 2015, at the 21st Conference of Parties of the United Nations Framework Convention on Climate Change (COP21 / CMP11), the City ratified the Paris City Hall Declaration and pledged to reduce 80% of its GHG emissions by 2050 - an ambitious objective that aims to make Montréal a low-carbon city. This commitment is an addition to the City’s previous objective of reducing the community's GHG emissions by 30% by 2020 compared to 1990 levels.

Montréal wishes to be exemplary, to lead the way and to mobilize by integrating the principles of sustainable development into all its activities, plans, and policies, while encouraging local organizations to do the same. Already recognized for its vitality in the field of digital technologies, Montréal also aims to become a world leader among smart and digital cities. Information and communications technologies offer new opportunities for the public and private sectors to address a wide range of issues affecting the lives of citizens, the effectiveness of various urban and economic systems, and thus the sustainability of cities.

ICLEI - Local Governments for Sustainability is the leading global network of more than 1,500 cities, towns and regions committed to building a sustainable future. By helping the ICLEI Network to become sustainable, low-carbon, resilient, ecomobile, biodiverse, resource-efficient and productive, healthy and happy, with a green economy and smart infrastructure, ICLEI impacts over 25% of the global urban population.

Montréal was selected as host of the ICLEI World Congress 2018 for its strong leadership, exemplary sustainability policy and the replicability of its initiatives. The ICLEI World Congress is held every three years and brings together hundreds of local and regional governments, international organizations, representatives from the private sector and the research community, as well as members of civil society to share ideas, successes and challenges in the advancement of urban sustainability. For this new edition, the expected 1200 participants will analyze the rapid urbanization of our world. Together they will build partnerships and design bold and innovative ideas to steer the global urban agenda and strengthen collective action on sustainability worldwide.

The lead author of the Judges’ Choice Award winning proposal will be invited to present their proposal to the lCLEI World Congress 2018 and meet with interested stakeholders of the Ville de Montréal (see details below).

CEPS - Centre for European Policy Studies (2016) Time to connect the dots: What is the link between climate change policy and the circular economy?, https://www.ceps.eu/system/files/PB%20No%20337%20AB%20on%20CC%20and%20Circular%20Economy.pdf