The Universal Ceiling Fan (UCF) is desirable to consumers by being a superior product to conventional HVAC as it provides optimal levels of humidity and air purification; such features are not  available as part of a sensor driven all inclusive climate control system.

The UCF consumes less energy as it is activated by sensors only when needed - i.e. when sensing movement within its range. the existing HVAC models lack the efficiency to save energy in areas where climate control is not necessary at a given time.

The UCF model is highly attractive for new construction where the implementation of gas pipes would be more expensive,

The above features provide superior outcome for air quality and safety than the alternatives - at an equal or lower cost in the case of new construction.

Thanks to the efficient use of sensors there is reason to believe that the UCF would reduce the energy bills even when compared to natural gas. HVAC models are activated by timers and always heat or cool an entire building regardless of whether only half or a quarter of the building needs it.

There are two powerful factors that indicate a likely shift to this model:

1) Health - awareness of the importance of air quality (including detectors for mold, and various toxicities)

In addition to corporations looking to lower their energy bills, large real estate development projects can also publish RFPs, Similarly government entities that have extensive buildings, and develop public housing projects can encourage bids for that provide a Universal Ceiling Fan in every room/area that includes

Initially in government funded projects as well as high end construction. Once the price drops it is likely that the UCF will become a standard for all new construction and possibly replace the HVAC model.

Depending on the design model and use of technologies the costs can vary. A basic model as a proof of concept - actually servicing  an existing home can be accomplished within the $250k - though it may not have the fire sprinklers, humidifiers, dehumidifiers and other features.  However the proof of concept for heating and cooling with sensors activating only when necessary can be accomplished within the $250k budget and with the help of graduate students.

The Universal Ceiling Fan (UCF) is likely to become what the current HVAC model is in comparison with coal heating. The energy savings and the health factors significantly improved by the UCF will likely have a historical impact on how we control air quality and temperature.

It's difficult to predict how quickly the change will take place

In an optimistic scenario - the UCF can become mass produced in about 2-3 years - and with the drop in renewable energy prices it will be in a good position to begin replacing the traditional HVAC on a mass scale in the next 3-5 years. There are reasons to believe that the UCF can become a standard not only for heating and cooling but also for ensuring air quality and safety from various hazards from fires to toxicity.

There are a number of avenues I am looking at from engaging one of the largest players in the market to setting up a startup. 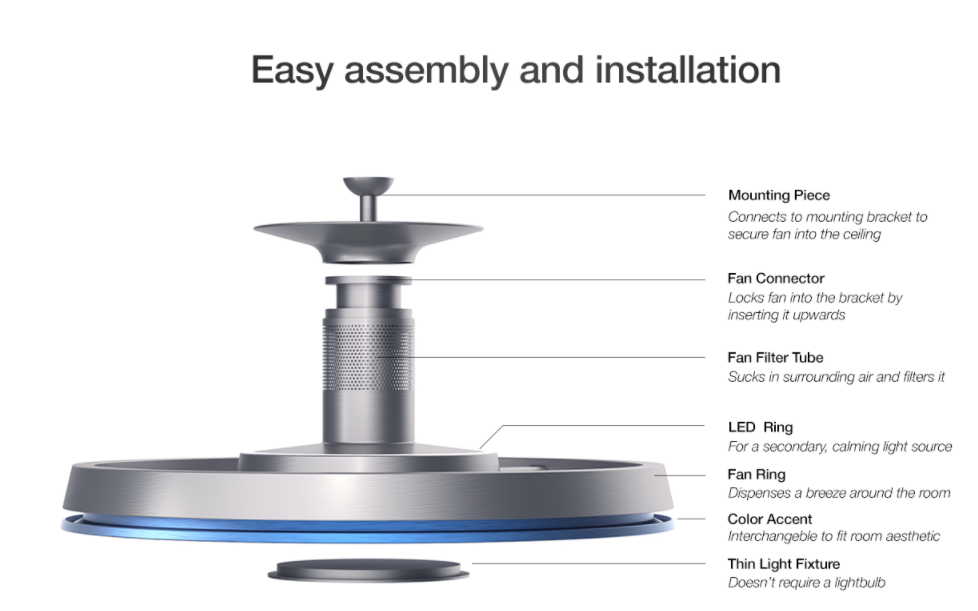