Make the largest diameter Fresnel lens with the stitching structure to get the highest temperature solar energy for hydrogen production . 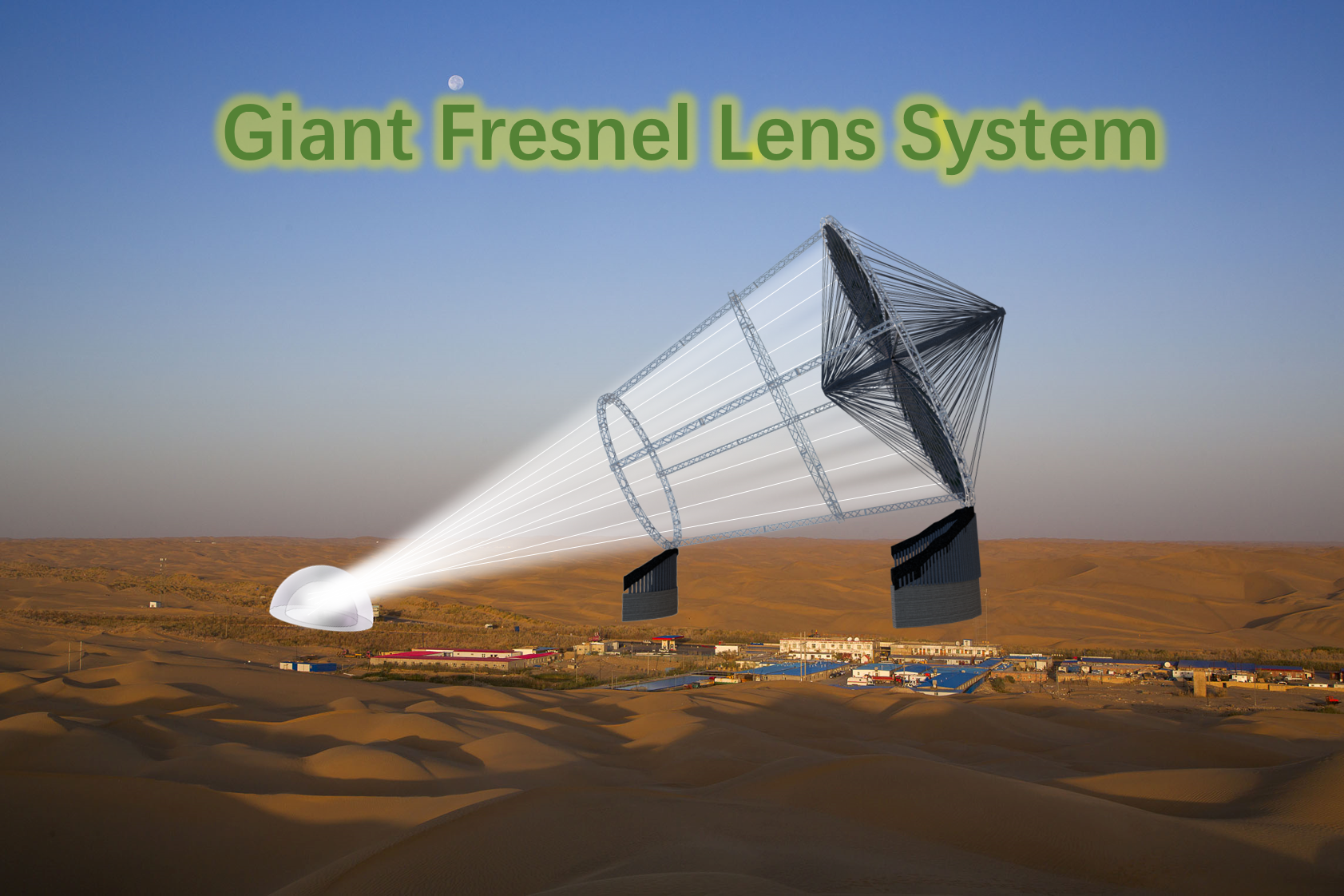 The working temperature of the reflective solar heaters up to 3500oC, there are three demonstration demonstrations in the world, respectively, in Uzbekistan, France and China Ningxia. The lack of the system is complex, the need to build heliometric array and condenser, such as Uzbekistan's solar furnace (solar mirror area of ??3020 square meters, condenser 1840 square meters, power 700 kilowatts, condenser center temperature of more than 3000oC ). Only the condenser of the metal fixed frame reached 20,000 tons, the system covers an area of ??large, since the start in 1977. Built in 1987, with huge investment. It did not promote the application widely.

This project put forward a Heat sink: using combination of the Fresnel lens.

The structure of the heliostats system:

The system uses the frame to rotate the fixed structure. The lens edge frame and the rear positioning frame are moved on the soft track on the wall. The soft rail receives the support of a plurality of telescopic rods. Extension height of the telescopic support rod is limited by the limit motor control.

Working Table can be fixed on the ground, so that it cannot be limited by the volume, without limiting the complexity of the system and improve mobility flexibility. 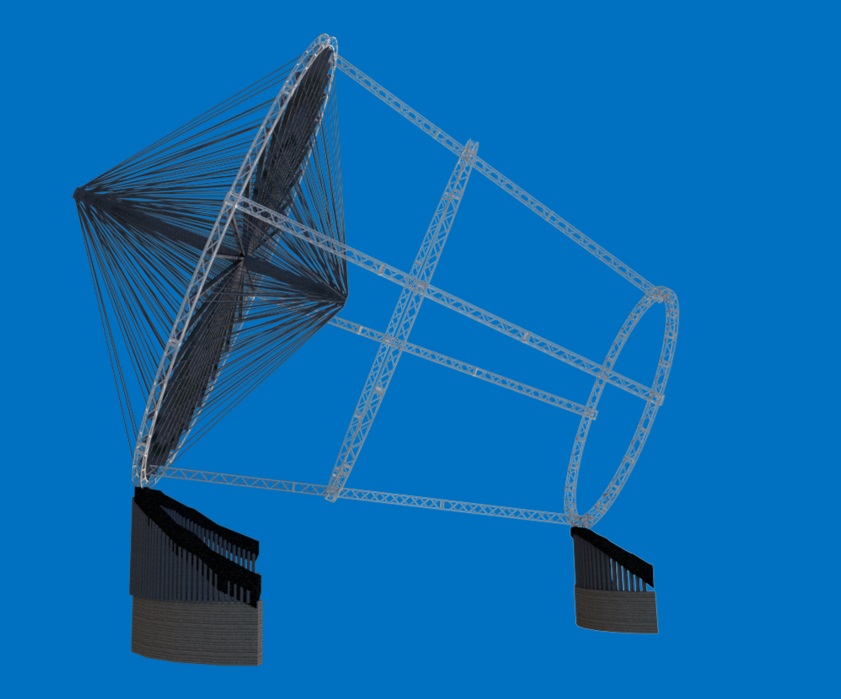 2.Unit of the Combination Fresnel lenses 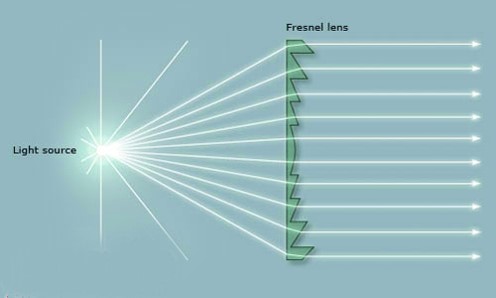 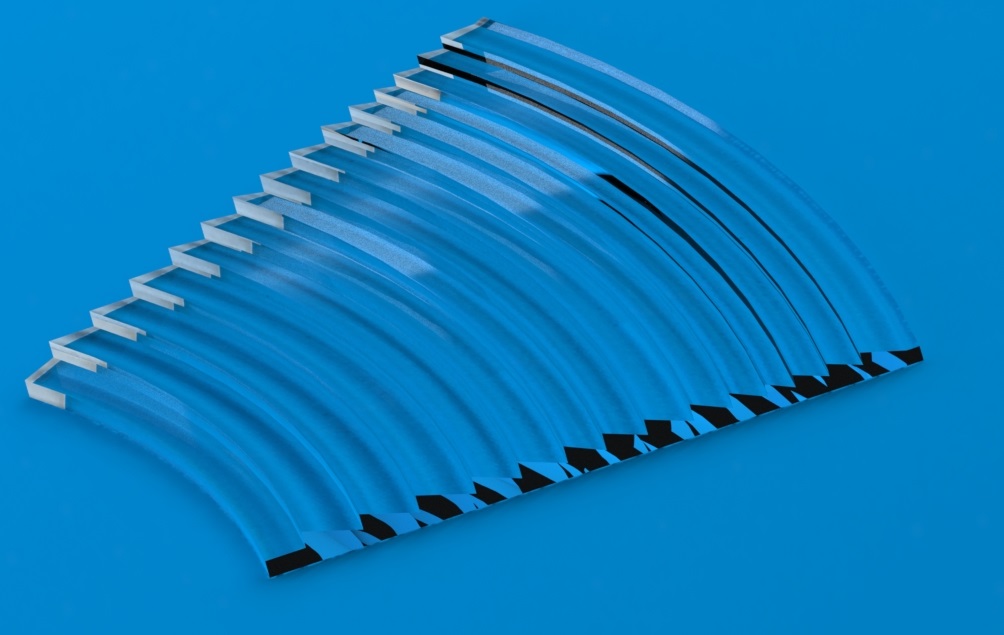 In order to expand the lens area, the project uses cable-stayed cable to strengthen the connection skeleton, simplify the skeleton system, reduced the blocking sunshine area.

Cable-stayed cable structure, and the face of the sun after the occlusion of the situation. 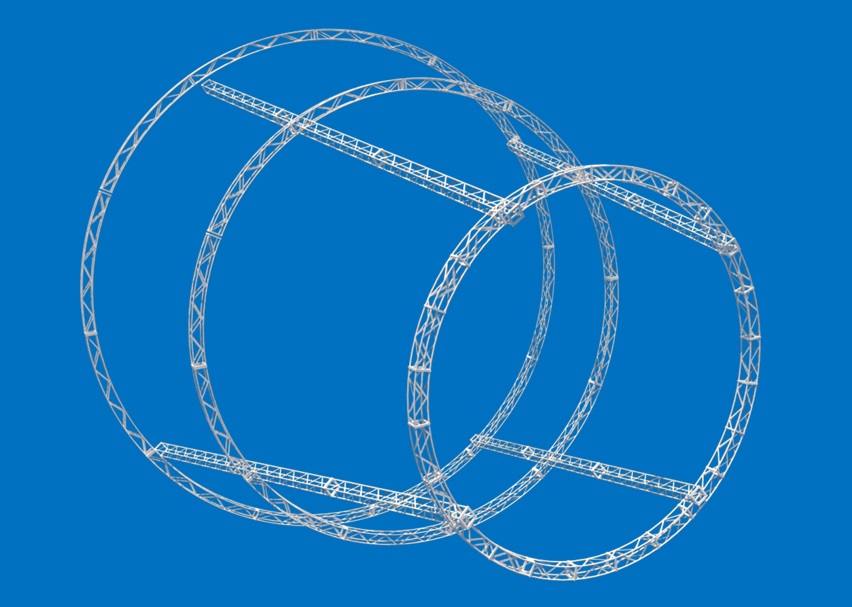 5. The structure of the heliostats system

The location of the movement of the sun is convex in one year, and the route cluster between the high point and the low is the target track of the year.

6.Facing the sun at an angle 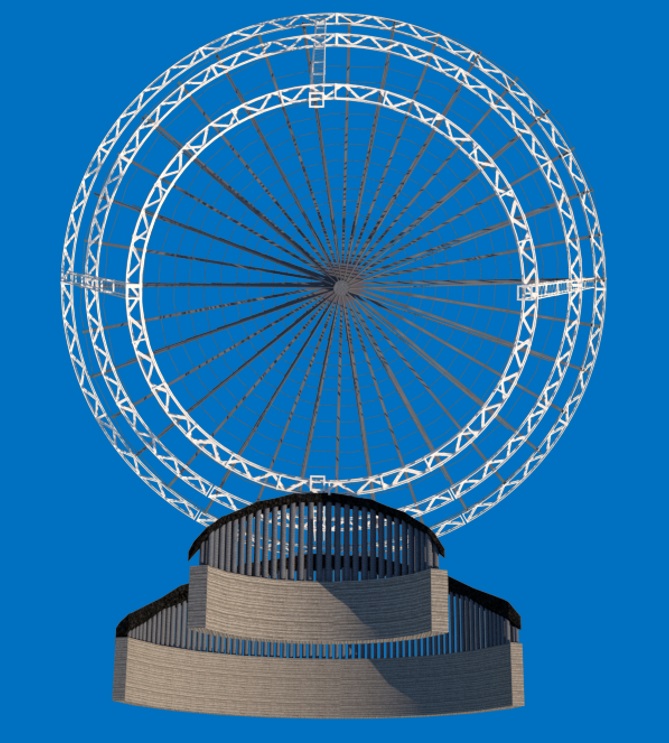 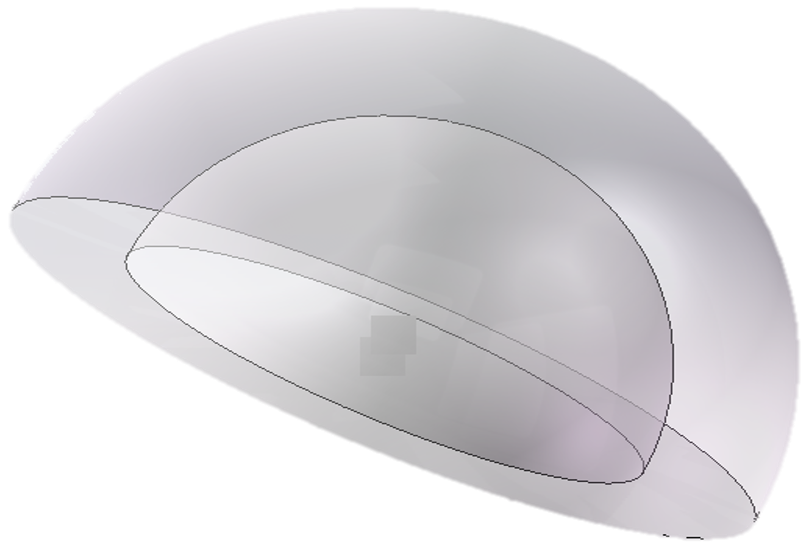 The table is free from the dome system and can be fixed on the ground so that it can be free from volume restrictions without limiting the complexity of the system and improving maneuverability.

Through the through-type reinforced glass, thermal energy can be directly applied to the water vapor, or through the surface with hydrogen catalyst to heat the carrier heat water vapor, to achieve solar energy hydrogen. It can be direct power generation during the day, while the storage of hydrogen and oxygen mixture in the absence of sunny night or cloudy re-burning power generation, which can solve the biggest problem of solar energy - intermittent work. 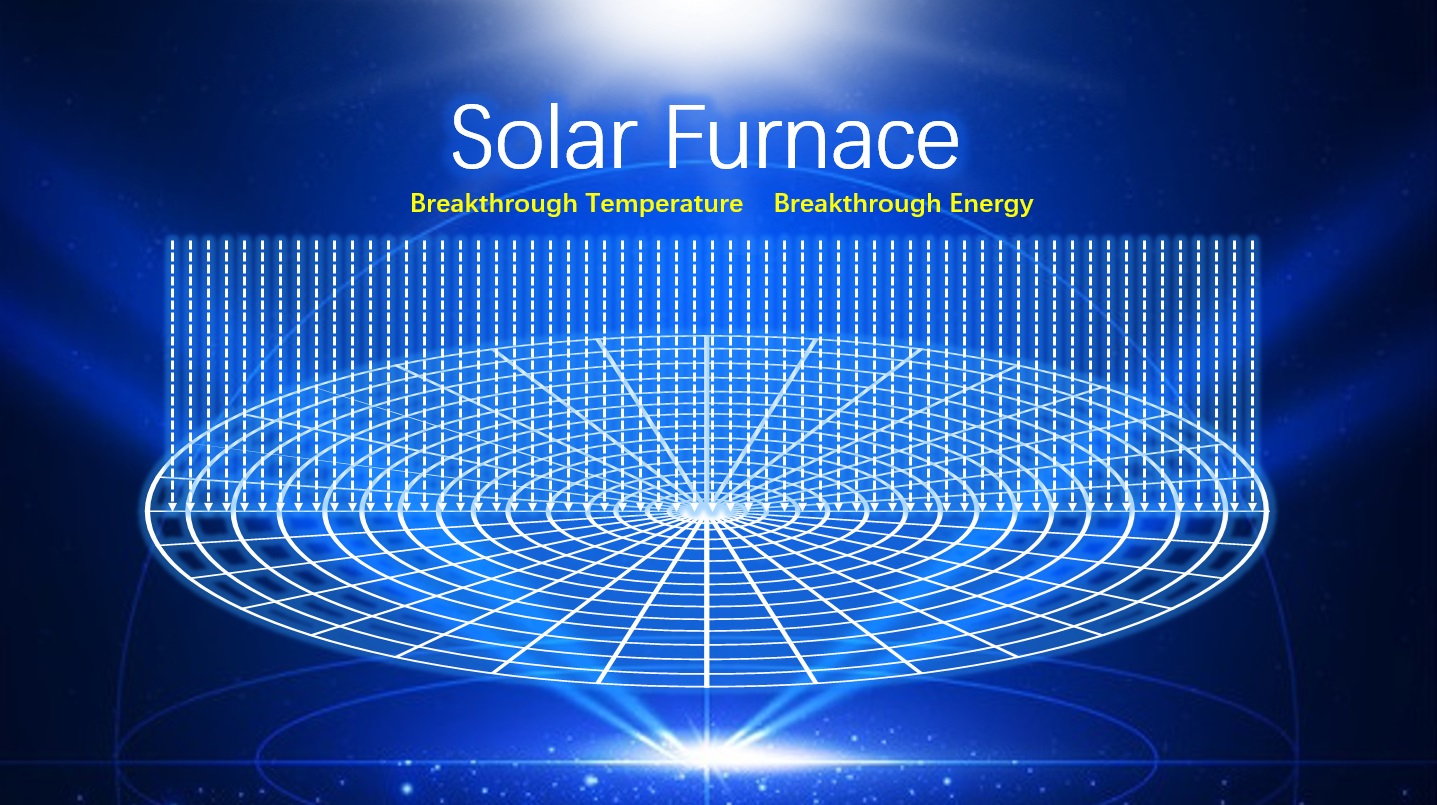 2. To find the best route of hydrogen production technology, the ultimate realization of water decomposition of hydrogen, instead of electrolysis of water to hydrogen, saving energy consumption.

1. The system is more concentrated, the relative reduction in the size of the project, in addition, the use of glass can be directly used white glass, even plexiglass resin, without plating and backing, greatly reducing the construction costs, because the trough solar Reflective plating mirror is very expensive.

(1) efficiency is not high: Due to sunlight scattering, reflection, etc., the efficiency coefficient is low, take 30%-40%. 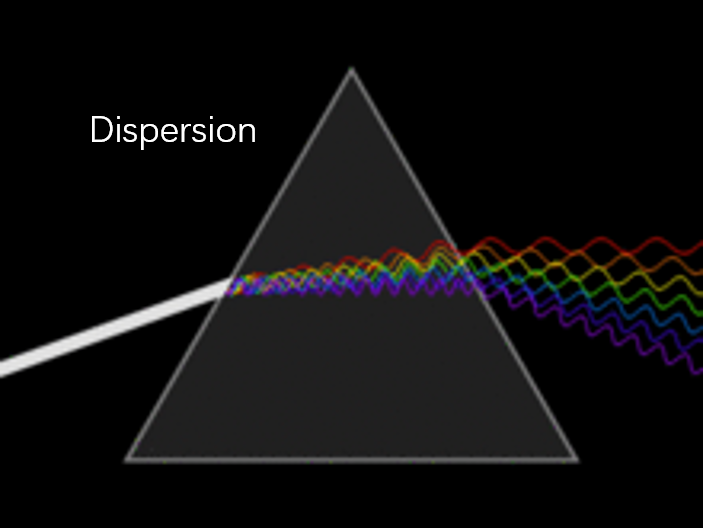 By:  Darren Soong
Contest: Energy Supply 2018
What initiatives, policies, and technologies can significantly reduce greenhouse gas emissions from the energy sector?
Follow on: