Modifying a gasoline car into an electric car by hira

Electric Cars use the energy stored in a battery for vehicle propulsion. 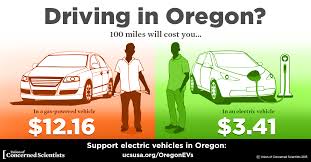 Electric motors provide a clean and safe alternative to the internal combustion engine.

Modifying a gasoline car into an electric car

Working of an Electric Car The base of any car is the battery. The battery used for this car is very expensive. By using lead acid batteries, the weight of the car increases a lot (>>1000 pounds). As the number of batteries range from 50 to more, they occupy a lot of space as well. After a long drive, they need at least ten hours to get recharged completely. Apart from the battery used for the car mechanism, there is also an additional 12 V battery on board. This is needed to provide power for other components like wipers, radio, and air conditioner and so on. But the extra expense comes when you have to recharge the battery. You will need a 300V Dc to 12V DC converter. This rating is converted to 240V AC and is sent to the motor with the help of the converter.  This can only be done using a set of transistors, which will convert the DC signal into sine waves rapidly. Thus when the accelerator is fully pressed, the controller produces almost 96 V to the motor. If the accelerator is released, the controller delivers 0V. Thus the controller stands as a buyer of power from the battery and giver of power to the motor. As the accelerator is pressed in different modes, the controller is supposed to give an output power accordingly. So, variable potentiometers are connected between the accelerator and the controller, so that variable, but proportional power can be delivered to the motor. But, if the potentiometer goes wrong the result can be fatal. So, as a safety measure, there are two potentiometers connected to the accelerator. If both show equal value, then the controller proceeds. If they are different, the controller stops working. The greatest disadvantage of this is that the whole car stops working if a single potentiometer goes wrong. In most of the cars, the controller is just a normal switch with an ON position while accelerating and an OFF position while decelerating. But, this is difficult for the driver as he will not get a flow. Thus the controller acts as a pulsator. It notices the value of potentiometer and rapidly switches the proportional power to the motor.

The motors used in electric cars can be AC or DC. Mostly DC motors are preferred than AC motors because they are simple to configure and are not at all expensive. For AC motors 3-phase motors have to be used, running at 240V AC. DC motors, on the other hand requires only (96-192)Volts. DC motors can also be overdriven for a short period of time.

Different parameters like mileage, speed, and life define the ability of a car. Here is an average reading of an electric car.

Initial cost for an electric car will be very high. The batteries itself will cost up to $2000 and everything else $800. They will last for a minimum of 25,000 miles.

By:  Hira Pant
Contest: Transportation 2016
What initiatives, policies and technologies can significantly reduce greenhouse gas emissions from the transportation sector?
Follow on: