Facebook is a corporation and online social networking service headquartered in Menlo Park, California, in the United States. Its website was launched on February 4, 2004, by Mark Zuckerberg with his Harvard College roommates and fellow students Eduardo Saverin, Andrew McCollum, Dustin Moskovitz and Chris Hughes.

After registering to use the site, users can create a user profile, add other users as "friends", exchange messages, post status updates and photos, share videos, use various apps and receive notifications when others update their profiles. Additionally, users may join common-interest user groups, organized by workplace, school or college, or other characteristics, and categorize their friends into lists such as "People From Work" or "Close Friends". Also users can complain or block unpleasant people. Facebook had over 1.59 billion monthly active users as of August 2015.

Use Facebook to Raise climate change public awareness through 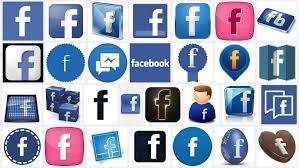 Everybody well-known for climate change.

Each person can get

This can be produced within a day or but it would have to be updated time to time.

Carlson, Nicholas (March 5, 2010). "At Last – The Full Story Of How Facebook Was Founded". Business Insider.

By:  Hira Pant
Contest: Shifting Behavior for a Changing Climate 2016
How can we mobilize individuals and society to shift behaviors in order to address climate change?
Follow on: