What is climate change and what do I have to do with it? by ENGAJAMUNDO

We seek to empower young Brazilians by showing them that we are part of the solution to overcome current problems caused by climate change.

The  proposal’s aim  is to approach Brazilian youth about the current climate reality and to raise awareness about occupying spaces of power and decision that address climate change. This goal will be achieved by means of dynamic capacity-building sessions with young people in the 5 regions of Brazil, using a suitable language for young people, addressing general issues on climate change: climate science, mitigation; adaptation; negotiations under the UNFCCC; lobby and advocacy; and how to be part of the solution, being the last one an interactive discussion of how young people can make decisions in their daily lives that will impact the climate positively, promoting behaviour shifts such as reducing the consumption of beef and using bicycles or public transportation instead of cars. To further increase the power of the previously mentioned behavior changes, practical actions regarding how can we adopt more sustainable actions and attitudes will be promoted after the training, like vegan cookery and permaculture workshops.

Engajamundo network is composed by more than 700 young people in more than 20 states of Brazil, and we have volunteers acting in all regions of the country that are performing actions related with climate change and education. We observe that those actions are already changing the way that young people face their local realities, and that they are getting more people to join this movement of transformation. We see the changes through the testimonies and attitudes of volunteers who claim to have changed everyday actions related to meat consumption, political participation and urban mobility among others. This is the type of evolution of behavioral norms that we want to continue to incentivize.

The methodology aims  at learning, discussion, incidence, empowerment and youth political participation to think about the problem and suggest possible solutions to related issues, believing in the power of youth as an agent of change, and disseminator, also as one important driving force towards a sustainable paradigm.

The social technology that we use empowers youth through awareness-raising. Our main goal is to show young people through our own experience, that if we change ourselves, our surroundings and if we engage politically our reality can be transformed. By showing current problem we are going through, using simple language and approaching the reality experienced by youth, it awakens the collective sense and need for change.

Once kindled the desire for change, we will then present  tools to make a difference and act locally, for example, how to mobilize the neighborhood to create community gardens, to build cisterns, urban mobility and sustainable development challenges, as well as to participate in decision-making policies, showing innovative forms of solutions that can be made true by young people.

Our capacity building recognizes the connection between the local and international levels, showing young people that the even the smallest daily gestures can transform our world for the best, and that important issues are being negotiated at closed doors by people that, most of the time, are not affected by those problems. So is up to us, young people, the present and future generation, to take a stand and fight for a better world.

Increased awareness causes young people to idealize the world they want and deserve, thus resulting in a mobilization to take ownership for the future. This mobilization can be done by three factors:

1 looking  at yourself, observing your interaction with the environment and behaving to cause minimum impact in it.

2 political pressure in the decision-making bodies.

ENGAJAMUNDO is a Brazilian Organization and the word “ENGAJAMUNDO” in English means “ENGAGING THE WORLD”. After the process of capacity buildings, we also want to share the ideas and methodology that we used by creating a mini-documentary which will show all that we've learned. A public launch will be provided, reaching on this way to youth, not only from Brazil, but also from others countries. We are prepared to spread our message and change behaviors according to each reality. WE CAN DO IT TOGETHER.

The actions and capacity building sessions will be held by Engajamundo's members across the country, in a youth-to-youth methodology referencing experiences and showing all the good outcomes of our shifted behaviours.

Our capacities buildings and workshops will be held in ten capitals from the five regions of Brazil, where Engajamundo also have local hubs. Our intention is to bring the project to Universities, communities, peripheries and other places where we can reach the maximum possible number of young people to join the actions. The capitals are listed below and our intention is to start the project in august, the month of the Summer Olympics Games, enjoying the media coverage who will be here in Brazil to reach the maximum of young people.

We hope in one year to reach 100 young people in each session, totaling 1000 young Brazilians who will be able to change their reality.

Accordingly with the Observatório do Clima, emission per capita in Brazil, in 2012, were comparable to the global level at about 7 tCO²e/inhabitant/year. Based on a 10 years time horizon, 10.000 young people will be participating in our formations and workshops, and considering that they adopt sustainable practices (quit eating meat; stop using motorized individual transportation; sort domestic waste and do composting, etc) and that the government create politics that allow the access to solar energy in houses, these emissions per capita could be nullified. Therefore, a direct reduction of 70.000 tCO²e in the emission of GreenHouse gases is expected in 10 years of the project. If these young people act as replicators of the taught practices in the formations and workshops, these emissions could be reduced even further.

Climate and environmental education; Improvement of the ecosystems resilience; improvement of the local sanitation Providing nourishment as fruits, vegetables, greengrocer; shifting behavior and political awareness about the theme.

It's important to put pressure on the politicians to adopt measures of transitions to an economy of low carbon emissions and also education transformation to achieve it.

By the fact that the democracies exist a strong internal dispute of interests and values, that can make a decision taken in a specific moment of negotiations at the COPs being result from a collision that fluctuates according to the country's policy setting on the international scene (VIOLA, 2002).

At the project we seek to demonstrate how important  is that the policies adopted by the country are state policies, not government policies, which helps to adopt a more effective and lasting stance on relevant issues globally, as is the case of climate change. 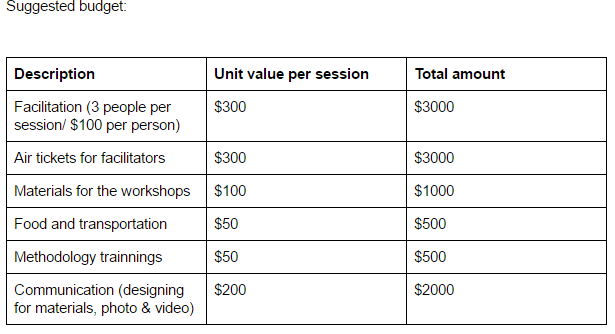 5 to 15 years. Replication of the shifting of the young person's behavior for the community it is inserted.

15 to 50 years. Intergenerational passage of new lessons learned , a future generation that is raised with behaviors, in which the concerns about environmental and climate issues are rooted.

50 to 100 years . A new culture to be guided by profound harmony between human beings and nature is the core of all future movements involving citizens.

By:  ENGAJAMUNDO
Contest: Shifting Behavior for a Changing Climate 2016
How can we mobilize individuals and society to shift behaviors in order to address climate change?
Follow on: