Our objective is to repurpose industries to collect, transport and reject waste heat to space while preserving wealth and habitat.

Nothing we do to reject waste heat to space will be cheap, but this proposal may be the cheapest and least risk.  Converting to solar, wind and OTEC to reduce CO2 is all well and good, but it doesn't guarantee thermal control.  In this proposal, all is necessary is to maintain existing shipping channels through the polar winter.

I know this sounds odd, removing ice to make more ice? But read what one of the foremost experts on Arctic Ice, Peter Wadhams ScD, wrote to me on Jan 26, 2016. "I see many difficulties in the way of implementing the system that you propose, but the basic idea, of creating open water during winter in order to enhance ice growth, seems to be sound."

Heat accumulates on earth at a rate 12.5e21 Joules per year or 22 times the energy used by all of human civilization. This rate has accelerated 3 fold since 2000. Any serious effort to solve the global warming problem must improve the planets natural cooling system in the Arctic and Antarctic regions.  The idea is to increase summer ice extent over a broad area by focusing heat thrusting up from the lower latitudes into warm, narrow ice free shipping channels open all year long.  From these channels the Stefan Boltzmann 4th power law guarantees the ultimate in negative feedbacks. Energy is rejected as the 4th power of absolute temperature of the water in these channels into the least resistive sea level atmosphere anywhere on the planet.  Naturally occurring features, called polynyas, demonstrates the feasibility of this approach while providing critical habitat and adding resilient ice to reflect sunlight during the polar-summer. 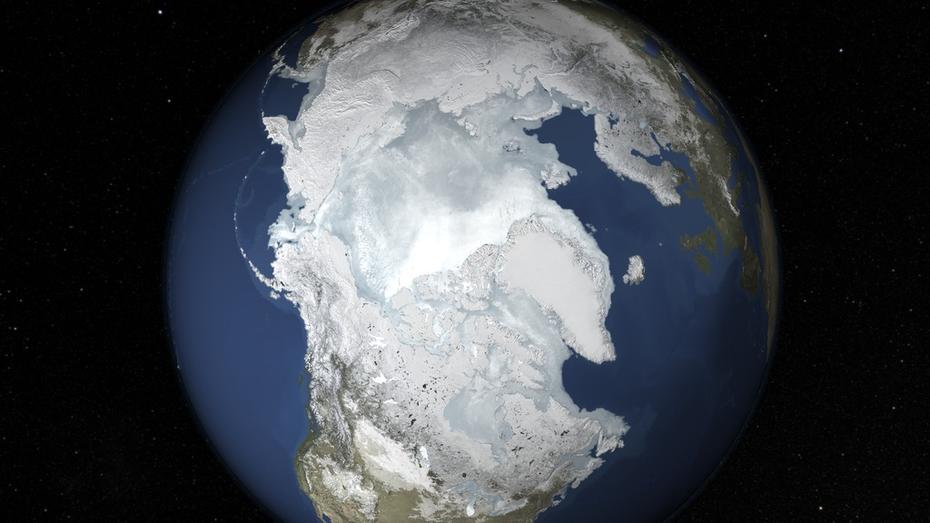 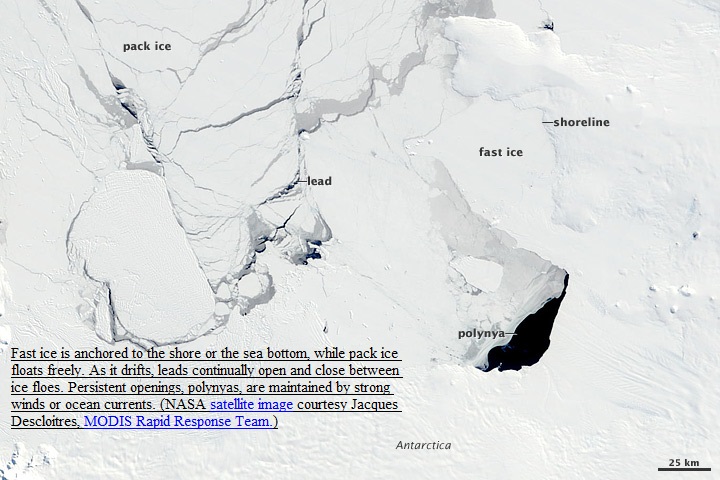 Opening polar-night ice in narrow channels will allow heat to escape to space at a rate of about 150 W m-2 more energy flux than ice covered sea.  As this energy escapes sea ice will thicken to support reflection of up to 500 W m-2 throughout the polar summer.  For example, a 15% reduction in current ice extent (15.48 million km^2) in winter and a 15% increase in summer ice extent (6.58 million km^2) will reject 12.5 Zeta (10^21) Joules of energy - solving the entire global accumulation of thermal energy otherwise known as global warming.  This will not happen the first year but as more communities require year round transportation services the network of artificial polynyas will grow thickening summer ice while providing greater access to the Arctic's natural resources.

The largest cargo ships and oil tankers put out about 100,000 horsepower or 74.57 MW. When energy leaves the water at 150 W m-2, into the air at -30oC in winter, this ship would provide enough energy to maintain an ice free zone of only 0.5 km^2.  But if we could mix the wake with deeper warm salty water using any of the devices illustrated below the length of the channel could be much longer as ships move safely through the channel.  Engineering the ocean bottom to leverage natural currents to enhance global cooling as well as transportation services also offers great potential.

In contrast, when shipping occurs through lower latitude routes, the heat could take months or years for currents to move the heat to the poles and out to space. When air is warmer than the sea, the sea acts like a heat sink until it reaches higher latitudes.  Narrow warm water channels in the Arctic could act like rivers through the desert, rejecting heat while minimizing the effect of water vapor on atmospheric emissivity.  Maintaining narrow ice-free channels allows for greater ice production during the winter than the ice-covered ocean, as well as less ice movement in these area for safer passage. 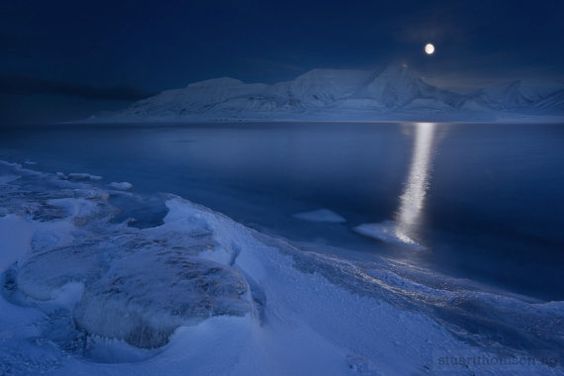 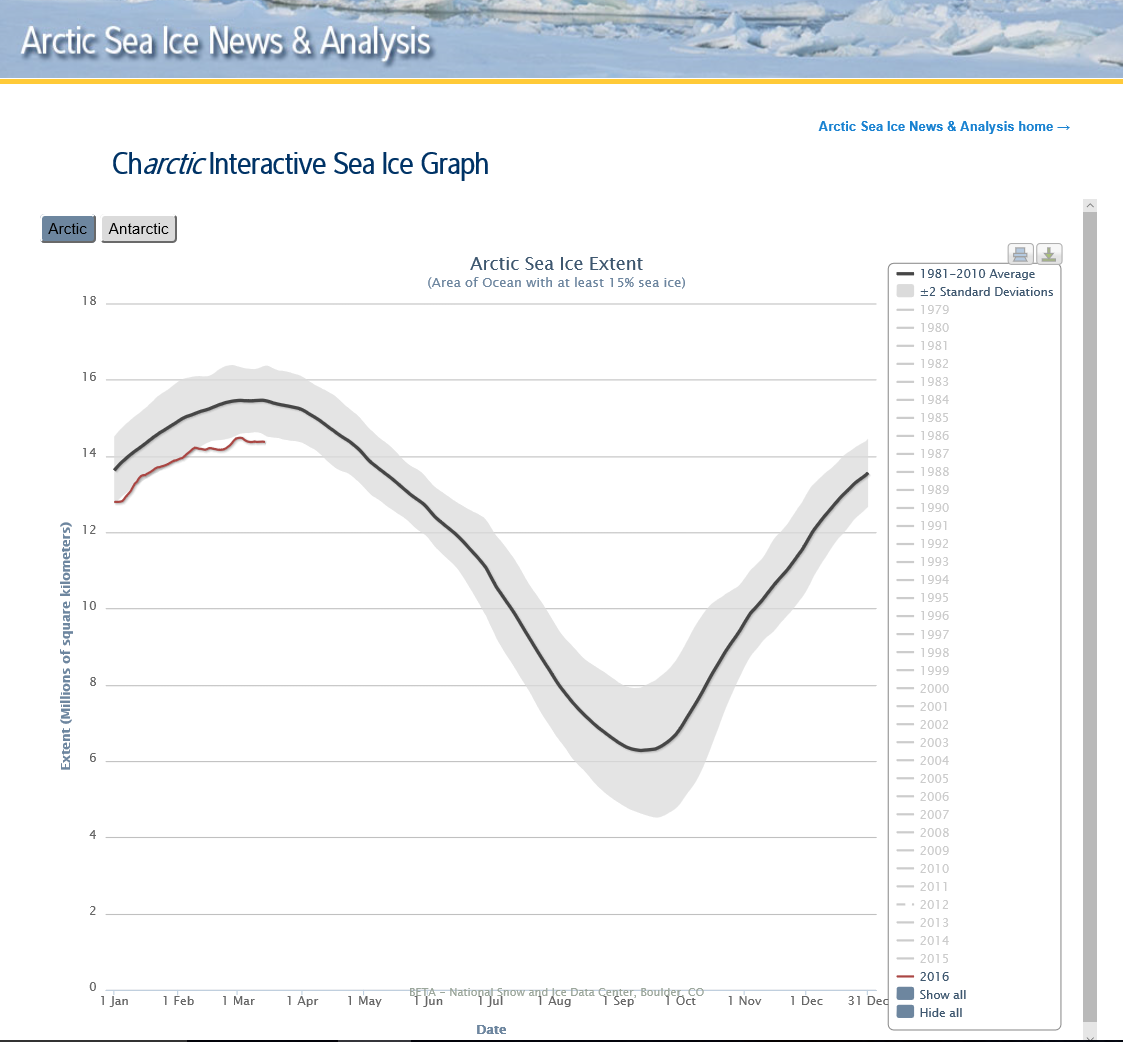 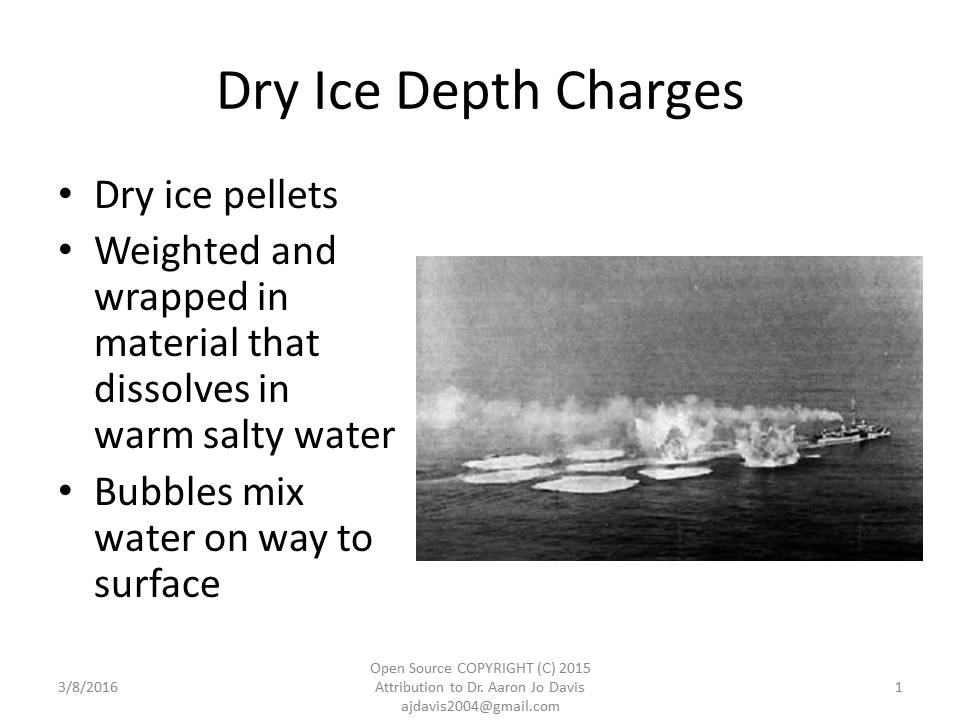 Shipping agencies and Arctic sovereign nations will use a number of systems, including icebreakers, aeration systems, ice crushers and loaders to keep the channels open.  Above are quick drawings of possible devices that will draw warm salty water, deep in the Arctic to the surface into narrow channels that will radiate to space through  narrow paths in the atmosphere. Any moisture accumulated in these narrow paths would fall as snow on land to increase glacier volumes or on the 85% untouched ice-pack to thicken and make ice more stable.

It will be difficult to provide safe, fast and controlled navigation through the Arctic winter, but there are many capable systems like the  Finnish-Swedish Winter Navigation System (FSWNS) to manage traffic. 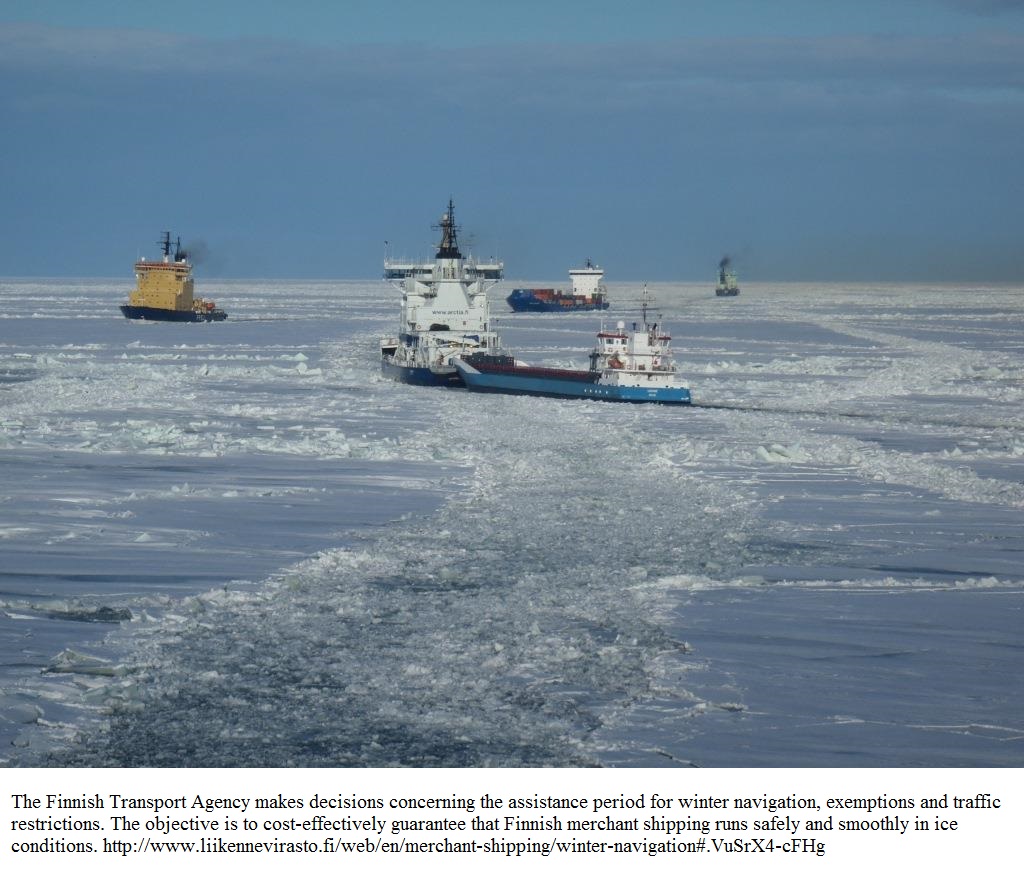 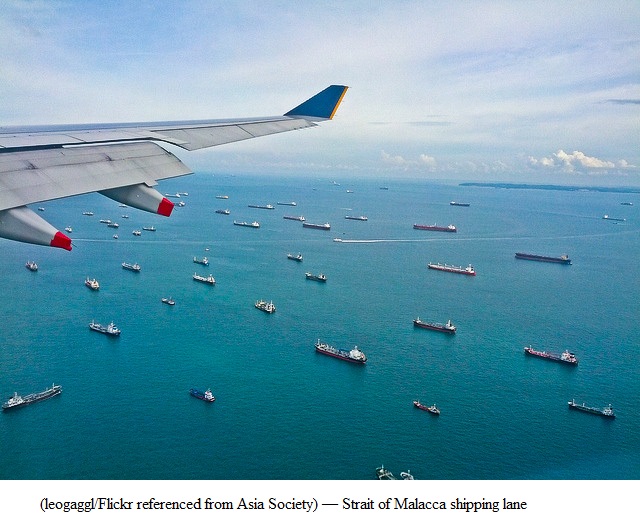 The most immediate proposal would be to open year-long channels to Churchill, Manitoba to reduce all costs of goods between Eastern Canada and the world by 10% over Montreal or Thunder Bay, and opening the vast wealth of Eastern Canada to year-round trade.

In the figure below we see the annual variation of CO2 increasing in winter and decreasing in summer in concert with growth of biomass in Northern Latitudes.  Improved transportation infrastructure in Boreal Forests will facilitate the development of wood pellet industry.  This will motivate greater acreage of cultivated forest and transfer of renewable biomass fuel.  More stable access and lower costs of biomass will drive conversion of fossil-fuel electric power plants and ship power.  High temperature wood pellet power plants will aggregate carbon and remove it from the atmosphere providing a net negative CO2 environment. 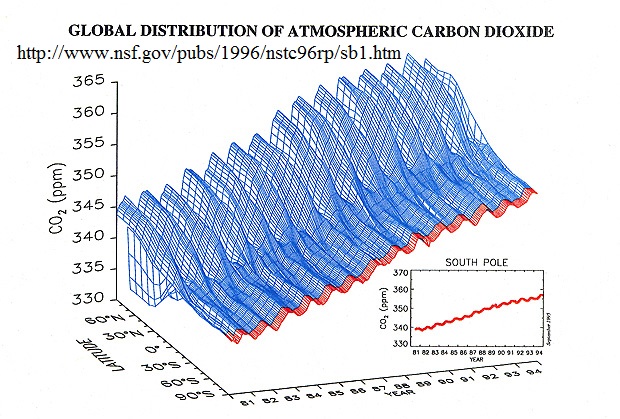 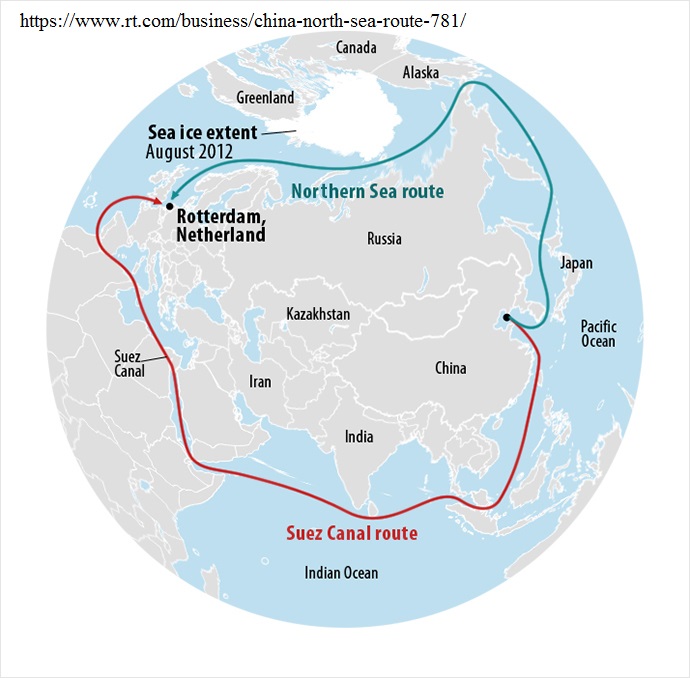 Radiating 12.5 ZJ to space is equivalent to radiating the total global accumulated energy to space. If this accumulation is attributed to the 35.7 GT of CO2 emissions, then the effect would be to offset the total global emissions with thermal offsets. As conditions change the ratios of polar winter open water to summer ice extent can be adjusted in an active thermal control system.

In addition to reduced costs of trade between the Pacific and Atlantic Oceans, the development of artificial polynyas will provide habitat for Arctic wildlife, and year-round transportation will open human Arctic communities to year round agriculture, mining, petroleum, fishing and other industrial development necessary for global human advancement. 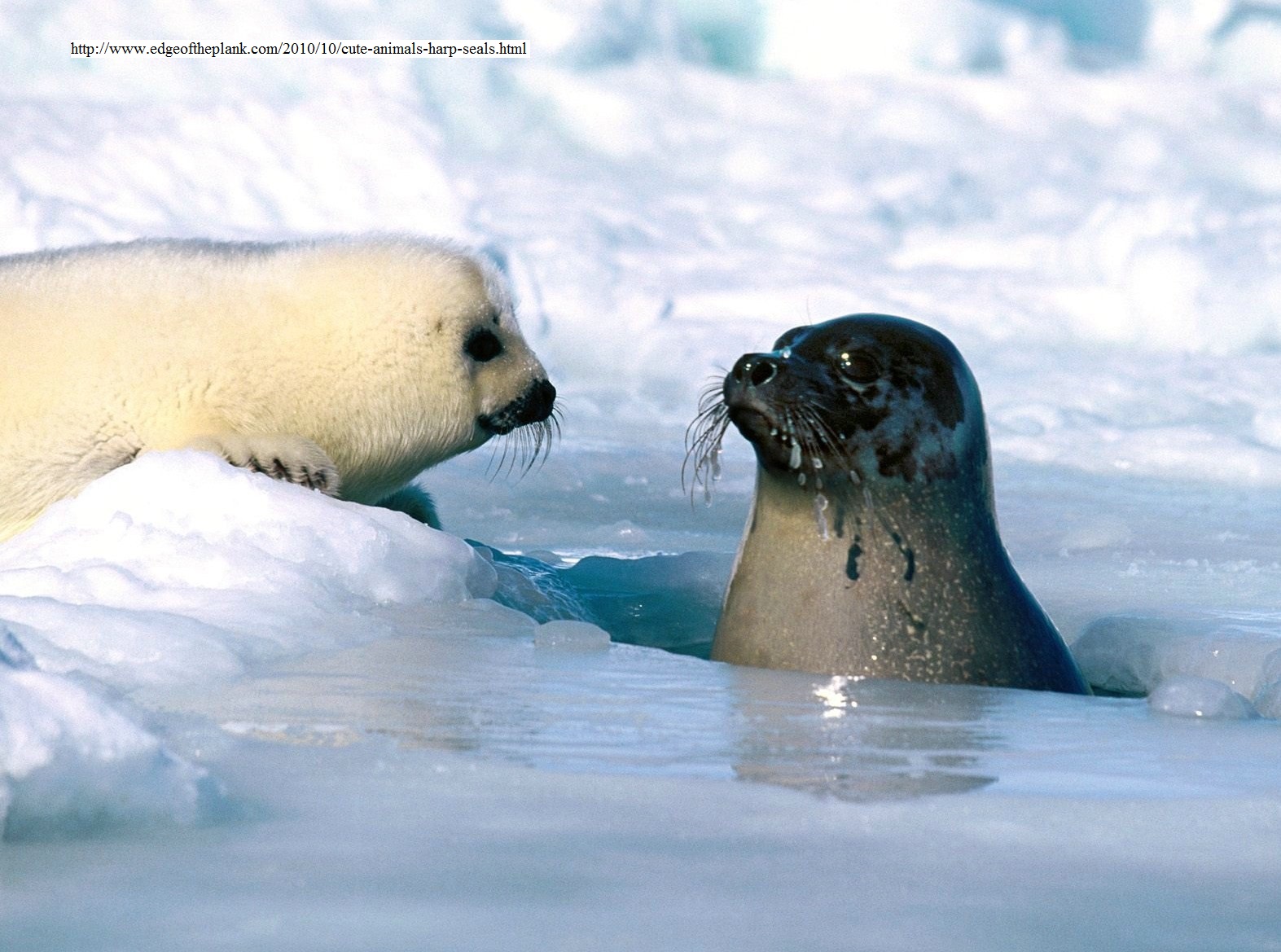 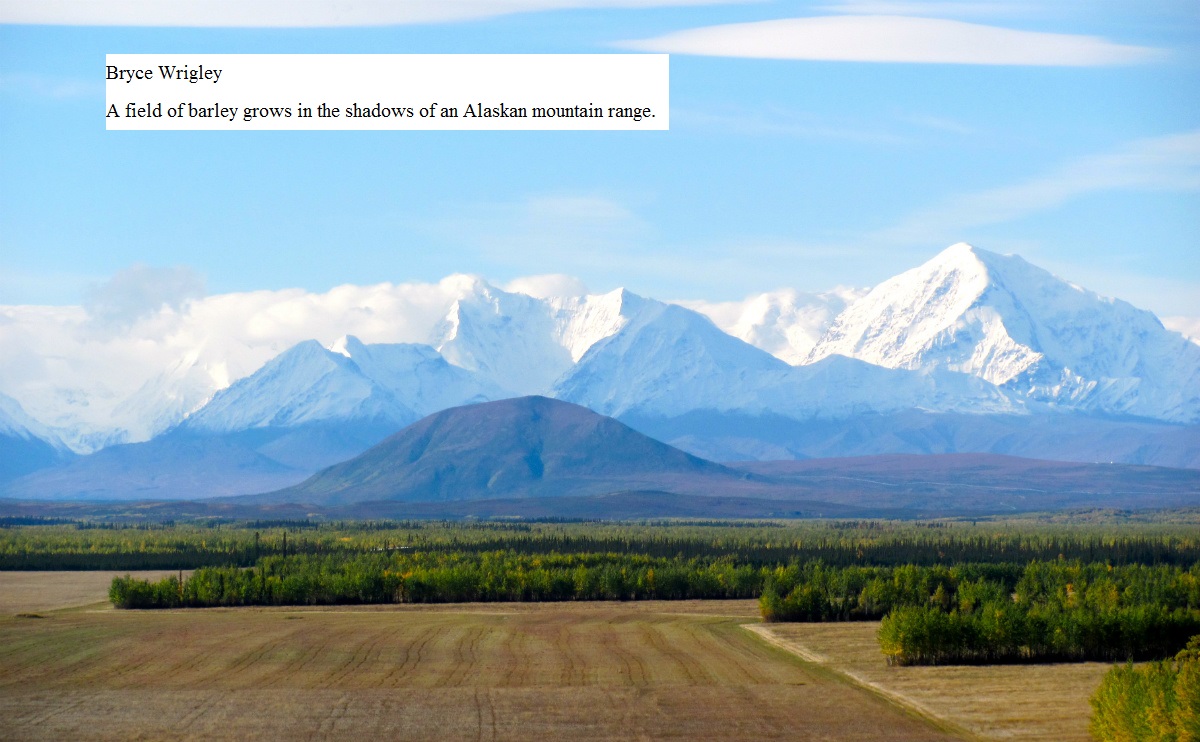 This project will underpin one of the largest and most essential engineering projects the world has ever known.  Controlling the planets thermal equilibrium will assure human habitat for thousands and perhaps millions of years while opening the Arctic resources for human advancement.  It is tantamount to finding another habitable planet.

As we gain experience, more efficient devices, and processes will be developed, while greater benefits will accrue to humanity and the environment. Adoption and expansion of existing technologies will enable financial and environmental gains far in excess of the costs.

Compared to the costs associated with forced migration of 10s of millions of people, abandonment of trillions of dollars of real estate to sea level rise, heat stroke and death to millions of people when heat index exceeds normal body temperature, and ultimately suffering through the 6th extinction where hydrogen sulfide poisoning devastates the human population as well as most of the oxygen breathing biosphere, I'd say it's a darn good deal.

The motivation for this proposal comes from recognizing the similarity  between global warming on earth and the need for efficient controllable and maintainable radiator panels on the International Space Station.  Both cleaning up the air from greenhouse gases as well as managing ice in the Arctic should be considered to ensure human advancement into the future.

Please support this proposal to fix the global radiator. 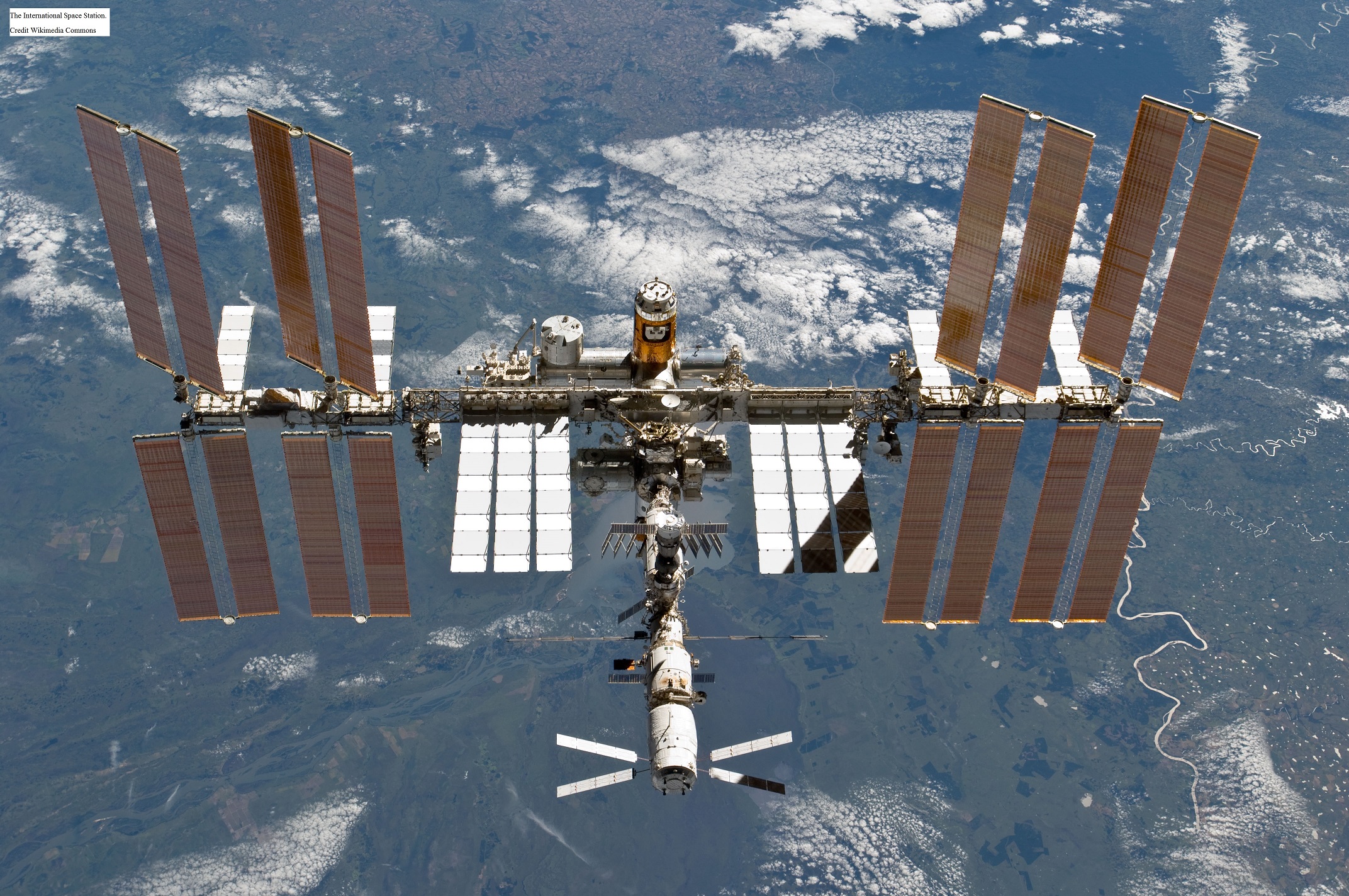 Every day we delay increases costs and delays ultimate success by a factor of perhaps 10:1.  Early adoption and one-time engineering costs could be offset by opening areas like Nome, AK, Barrow, AK and Churchill, Manitoba to year round trade.  Opening (to year-round traffic) the only deep water Canadian-Arctic port in Churchill, Manitoba would save 10% on the total cost of cargo vs Montreal or Thunder Bay.

This proposal is related to "RFP to Achieve Global Thermal Control" https://www.climatecolab.org/contests/2016/industry/c/proposal/1329509

Other proposals on Climate CoLab related to this project include those that reduce consumption, emissions and maintaining sustainable lifestyles. Those that support a carbon fee and dividend, or carbon tax to change people’s behavior will make a significant improvement.  Supporting leaders who pledge to find a way to avoid or delay global warming is also important. We know that global warming is predictable and that it can and must be controlled, we just need to be convinced that whatever approaches we take are safe for us and the ecology and will further human advancement into the future.

I am grateful to Professor Peter Wadhams of Cambridge University for his encouraging remarks.

What about that hole in the sea ice?

An analysis of ship escort and convoy operations in ice conditions

A New Race of Mercy to Nome, This Time Without Sled Dogs

By:  Aaron Davis
Contest: Industry 2016
How can industry innovate to meet the challenges of sustaining a healthy climate while meeting societal demands for goods and services?
Follow on: