Not all carbon has equal value due to the variances in the environmental effects of the carbon and/or the utilization value of the carbon.

Finding a simplistic method for FF companies to comply with any carbon credit plan is an important factor in gaining industry/policy support. However, not all carbon has equal value due to the variances in the effects of the carbon within various biomes and/or the eventual utilization value and/or the sequestration verification of the removed carbon. The issues are suprimely complex. Biochar is a prime example of a carbon capture, utilization and sequestration (CCUS) method which keeps on sequestering even more carbon over many years while also addressing multiple other critical needs such as soil health, increased food productivity etc. (e.g. utilization). Thus, from a CCUS perspective, biochar should be viewed as the 'gold standard'. To date, no other method of CCUS, which can achieve such high levels of combined utilization and sequestration value, has been proposed (much less demonstrated).

In the prior case of carbon's overall degree of negative effect(s) within differing biomes. A prime example of this value differentiation can be found within the strategic question of; From a total planetary environmental viewpoint, is it more valuable to the overall effort to remove the carbon from the ocean waters (and thus directly addressing ocean acidification) or removing the carbon directly from the atmosphere (thus directly address planetary warming)? 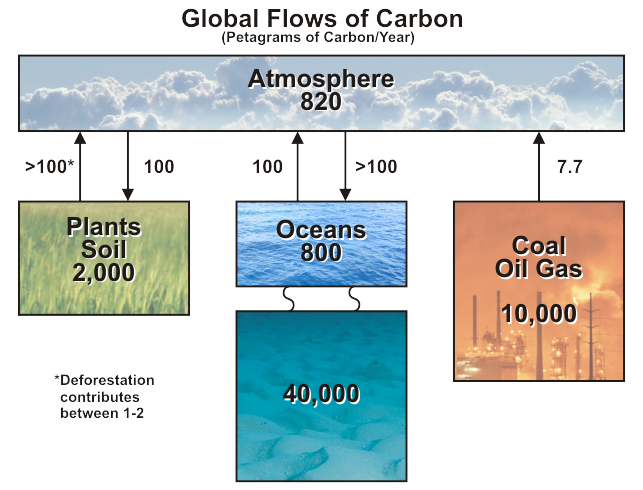 Other such examples of 'environmental valuation of CDR' are available yet the above hopefully makes the point.

This overall CDR priority issue has been a long-term low level debate within the geoengineering community and should be resolved and periodically reviewed as new/different CDR methods are brought to the table.

Other national and international carbon valuation programs, such as the Climate Bond Initiative, can also be linked with this proposal. The full list of related MIT CoLab proposals calling for a unified valuation/funding regimen are listed below.

The primary action this proposal suggests is the creation of a standing scientific committee which would create and maintain a knowledge base concerning the best STEM and funding avenues associated with global carbon cycle management.

Biochar is emerging as a 'gold standard' as far as carbon utilization/sequestration (i.e. soil/crop improvement, out-year continued C sequestration, bio-energy production etc.) and is highly supported by the  IPCC (WG3) under the classification of Bio-Energy with Carbon Capture and Sequestration (BECCS).

The below information is from other related proposals:

The above list of funding paths is not exhaustive and many existing and future environmental focused funding programs can be coupled together to provide a comprehensive list of funding options for all WENN management scenarios ranging from the smallest rural communities; the largest of metropolitan cities; remote rural areas, marine solutions and/or entire global regions.

Once the B Corp is established and the WENN specific funding matrix is customized per specific locations (i.e. cities, rural, marine, regional etc.), multiple on-the-ground projects can be initiated simultaneously around the planet.

It is suggested that a voluntary group of concerned and knowledgeable individuals prepare an in-depth analysis of the global carbon cycle management technological options as well as a preliminary carbon price scale based upon current environmental needs and the current carbon capture, utilization and sequestration technologies.

This consulting group can initially focus their efforts upon issuing the preliminary report to the Office of Management and Budget (OMB) as that office typically addresses complex scientific and budgetary issues for the U.S. Administration.

Obviously, the members of this carbon valuation committee should be free from vested interests within any related carbon capture, utilization or sequestration commercial efforts.

What challenges will be faced in implementing this proposal and how will they be overcome?

The primary challenge will be establishing a firm reputation as 'the' leading global expert committee on our global carbon cycle management options.

The overriding goal of this effort will be to achieve net negative global CO2 emissions as rapidly as possible through guiding investments into the most environmentally advantageous technologies. Thus, if this can be achieved, the net effect would be transformative on multiple environmental, socioeconomic and policy levels.

Please note that the above map does not differentiate between the many different carbon capture, utilization and sequestration schemes. Thus, carbon pricing, as currently being practiced, can not inform technology investments within industry nor governments.

Once a carbon value scale is established, such critical information would be available to all concerned.

The emissions reduction path (per BECCS class projects) is well covered in:

The WENN Protocol is relative to 7 of the 8 requirements for meeting RCP 2.6.

By establishing a universal water/energy/nutrient nexus (WENN) management paradigm, it may become possible to manage the global carbon cycle to the degree that we may prevent such environmentally catastrophic events such as:

At the socioeconomic level, the vast scale of the oceanic biomass production platforms represent a new form of Movable Artificial Islands which can be used to provide housing and jobs for displaced peoples (a) and or for those simply wishing to earn entry level and middle class incomes.

AAt the policy level, the above offers lowest risk options for managing many of the critical climate and socioeconomic problems we now face. And, the costs can be financed through the sale of Carbon  Investment Bonds (a) which may also function as a foundation for a unified international and US carbon price structure.

The cost of forming and maintaining this carbon valuation committee can be within the $550K to $650K annual budget range. This will not only provide compensation for the principle scientific investigators but will also support the technical staff who will collect and maintain the needed knowledge base.

The committee's initial report can be issued within 6-12 months as most of the knowledge base is available within the 'geoengineering' field of study.

By:  CO2 Negative/RCP 2.6
Contest: U.S. Carbon Price 2015
How could a national price on carbon be implemented in the United States?
Follow on: