Based on the 1991 eruption of Mount Pinatubo, the mini volcanic eruptions drop global temperatures immediately

In 1991, Mount Pinatubo ejected 20 million tons of sulfur dioxide (SO2). The eruption formed stratospheric particles that lasted several years and the ejection resulted in immediate temperature drops around the globe.

The temperature drop was a result of the SO2 reacting to produce sulfate aerosol (Ref. 4). Aerosols are known for their ability to reflect sunlight and in the case of Mount Pinatubo, the sulfate aerosol reflected enough sunlight to drop global temperatures by a half-degree for two years. The aerosol was sustainable, withstanding years worth of precipitation, and most important, the entire phenomenon is replicable.

Scientific American claims one way to manually create volcanic eruptions is to inject magma into a magma chamber that is already full.

This would "force" some of the magma to erupt while not creating a massive eruption. Small clouds of steam, SO2 and ash are likely to emit, resulting in small changes in temperature for the developing country.

This proposal is specifically directed towards developing countries because many of the countries have volcanoes such as Guatemala, Argentina, Honduras,Mongolia, Fiji, Jamaica, Costa Rica, Ecuador, Peru, Malaysia, Colombia, Bolivia, and Indonesia, and other countries that don't boast active volcanoes have been known to receive ash and SO2 emissions from volcanic eruptions in other countries.

Additionally, this proposal involves the use of a natural resource, magma. Magma can be used to generate thermal energy, which in turn can create electricity. Magma can be harvested after an eruption and used as an energy supply for developing countries. With frequent eruptions and frequent harvesting of magma, the developing country can rely on it to act as an energy source for industrial purposes. 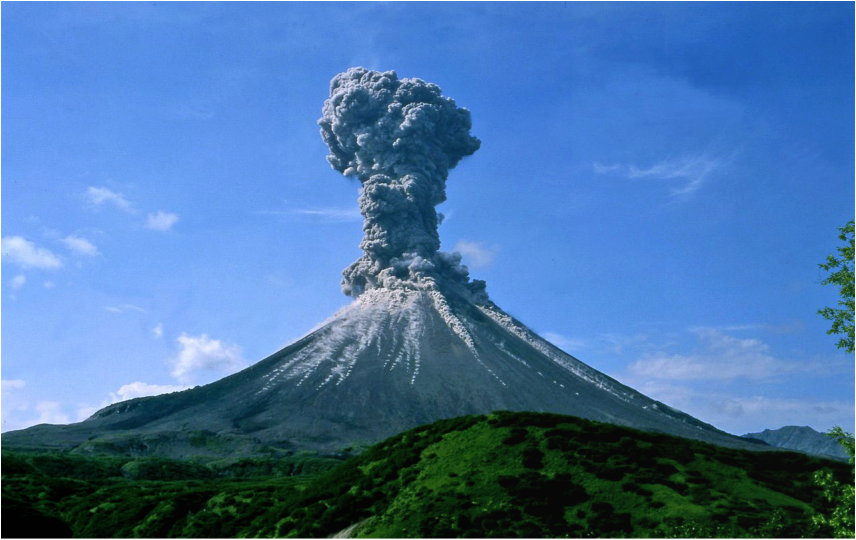 A significant amount of greenhouse gas emissions stem from the transportation sector as the majority of vehicles operate with an internal combustion engine (Ref. 1). The percentage of greenhouse gas emissions coming from this sector can be significantly reduced by following simple guidelines. Developing countries lack access to the transportation "luxuries" of a highly-developed country. This being said, developing countries are more likely to adapt to the following simple lifestyle changes:

These three guidelines, while extremely simple, could all contribute to a decrease in the amount of CO2 released from internal combustion engines, resulting in a decrease in greenhouse gas emissions (Ref. 1).

As mentioned, the harvested magma may be used for industrial purposes since it produces thermal energy. This being said, production of fuel-efficient vehicles will be better than ever since no greenhouse gases will be emitted from factories. Additionally, if the use of thermal energy from magma continues to gain popularity, vehicles may eventually be produced that operate with the thermal energy produced from magma.

The sectoral plans were selected because they all incorporate the use of a renewable energy source, magma. The quinquennial artificial eruptions are created by injecting magma into an already-full chamber (amount depends on the particular volcano). The injection will create a small eruption that will release small amounts of SO2 into the stratosphere.

The sectoral plans come together to encourage simple lifestyle changes and the use of renewable resources.

The United States 2014 Enacted Federal Budget allowed $48.472 billion for International Affairs, $28.718 billion for General Science, Space, and Technology, and $13.375 billion for Energy. Since the plan involves the use of a renewable energy source, costs are low. It is estimated that the total cost of the machine used to convert magma to energy would be between $5 and $10 million, well within the federal budget.

It is expected that no negative effects will result from the artificial eruptions considering their small size. The eruptions are also not expected to affect weather patterns. However, in order to achieve the best results, eruptions should be conducted on cloudy days so that the clouds will lighten and absorb SO2 and reflect more sunlight.