The Eyes of Virunga: From Poacher to Protector by Virunga Heroes

The Eyes of Virunga is a virtual and physical adventure-filled Eco-Trek to the Virunga National Park to engage and connect world-wide stakeholders of the Park to compassionate actors on the ground in support of the projects outlined by the Virunga Alliance.

The Eyes of Virunga will include several 'journeys' aligned with the Alliance's economic development and project strategies, including delivery of solar powered chargers to the Park Rangers. The Alliance recently won the support of Google as part of their Google UK Impact Challenge, connecting Virunga communities to the world via Google sponsored communications hubs and a safety network improving the reporting of poachers and other threats to the viability of the Park.

The electricity provided by the solar chargers will power the equipment needed to protect the rainforests of this World Heritage Site from poachers and illegal charcoal producers who use the trees of the National Park to produce charcoal, which is sold illegally to the displaced people of the DR Congo.

Robert Williams, Virunga National Park, to assist in the production of "Eyes of Virunga" partnerships including a forthcoming fiscal sponsorship for this project. Robert serves as Project Advisor.

Jordan Kopp, Boulder High School student, Mountain Gorilla Conservationist, serving as Student Director and Intrepid Eco-Trekker. This "All About Poaching" presentation was created by Jordan in the 7th grade.

Rainforest Connection  An exciting project is being mobilized in rainforests around the world that provides low-cost cloud-connected forest listening devices to provide instant threat alerts to park protectors of potential illegal logging via text messages. We anticipate deployment of these devices in the forests of the Virunga National Park. 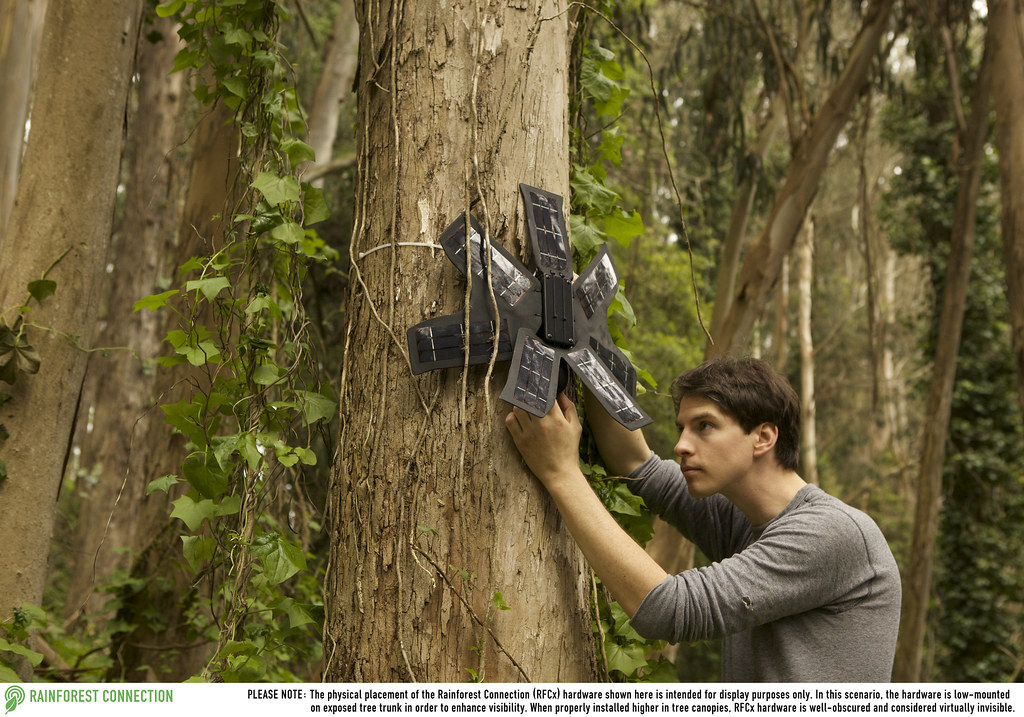 tifie The Eyes of Virunga Team anticipates partnering with Teaching Individuals and Families Independence through Enterprise to deploy solar powered technology including recharging panels to the National Park Rangers.

Association of National Park Rangers In anticipation of the 2016 Eighth World Ranger Congress, the Team will collaborate to strengthen the relationship between ANPR and the Rangers of the Virunga National Park.

Kiva In order to support local enterprise, a special portal to specific micro-finance entrepreneurs will be established for Eco-Trekkers to make loans to aspiring business persons.

The Influence Film Forum  The Forum provides tools that help actors watch and discuss the film, and then influence their world based on what they've learned.

An integral part of the project's success will be eco-trekkers commitment to the success of the Virunga Alliance's projects by putting their economic support of the non-tourism projects first and their visit second. Eco-volun-tourists' crowdsourced funding campaigns on platforms such as Kickstarter and Indiegogo will emphasize that the only way the campaign will be successful is only after a selected non-tourism Virunga project has been supported with a "Sustainability Budget" in an amount equal to their tourism budget amount.

Action 2.0: The interactive "Eyes of Virunga" film: Virunga" film: $165,00065,000 Matching funding is anticipated with the support of funding agencies such as Creative Capital, the TFI New Media Fund, The Fledgling Fund and other similar call to action supporters.

Action 3.0: Post Screening Calls To Action: Action 3.0: Post Screening Calls To Action: $120,000 Annually 20,000 Annually will provide continuing and sustainable support for Eco-Trekkers and their social network communities.  In order to make the enterprise sustainable, income will be earned from a percentage of grants and loans made to Virunga based micro-entrepreneurs.

The phasing for project implementation will be in collaboration with the phasing of projects sponsored by the Virunga Alliance. See:

2013 Winner, Scaling Renewables in Major Emerging Economies:  From the Crowd to the Base: Crowdfunding for Local Climate Action

Project-Based Mechanisms for Emissions Reductions: Balancing Trade-offs with Baselines, Resources for the Future

The Potential Role of Carbon Labeling in a Green Economy, Resources for the Future

Assuming that a Park Ranger using a ​portable 30W solar panel and power storage unit can double his/her effective protection area from 200 to 400 hectares that prevents the illegal logging and charcoal production of the additional area, (@ 50 tons CO2 / hectare), 10,000 tons of CO2 can be prevented from release to the atmosphere, the equivalent of taking 2,000 cars off the road (@5 tons CO2 / car / year).

The Eyes of Virunga: From Poacher to Protector
Public proposal: Anyone will be able to edit this proposal. The proposal owner can limit editing to team member using the proposal''s Admin tab.

By:  Virunga Heroes
Contest: Land Use: Agriculture, Forestry, Livestock 2015
How can we scale-up sustainable landscape management to significantly reduce GHG emissions while ensuring food, water, and energy security?
Follow on: