Pony Up. by DDL

Cycle, don't drive. Plant trees, don't not plant trees. Can your pedal-commute take cars off the road and put trees in the ground?

We are designers, educators, and students.  Collectively, we've worked in architecture, construction, development, and forestry.

Jacob Mans - He's handing out cakes and crushing thermodynamics, and he's all out of cakes.

Benjamin Peek - An urban cyclist from the Danish School of Hard Knocks.

Pony Up capitalizes on an existing infrastructure in Cambridge: street trees.  More specifically, Pony Up activates the space of the tree grate covering the tree pit.  The grate is, in turn (currently underutilized) zone for bicycle parking.  Situated on sidewalks, street trees are at the interface of a commuter’s transportation and their final destination within a building.  They are beyond accessible; bicycle commuters have to actively avoid them to dismount and lock up.  By placing lockable racks there, the commute becomes more efficient.  Pony Up is also cost effective, in that its expense overlaps with that of the tree grate.  Grates must be purchased by the city anyway; we might as well put them to work.  Further, Pony Up actively generates revenue, although its express purpose is for tree planting.

The benefits of a bicycle commute are not difficult to derive.  Often, they are cited for what they prevent: more hydrocarbon-powered cars on the road.  In basic terms, cycling keeps some climate liability from occurring.  But at DDL, we like to think more about assets than liabilities; life is better when we think about what we CAN do more than what we CAN’T do.  Pony Up is about capitalizing on positive efforts towards mitigating climate change.  It is based on a two-part calculation to increase the net gain: cycle to REDUCE carbon output, plant trees to INCREASE carbon sequestration.  Pony Up is about fostering a relationship between cycling and silviculture. Users can, but are not forced to, contributed money towards tree planting. Doing so increases their flexibility in bike parking. They can also park for free, and their interaction with the tree is tangible. So even if they don't contribute money, they may develop an understanding of the inherent relationship between trees and cycling.

Users arrive at Pony Up, and they are presented with a choice: lock your bike to a fixed rack, pay to lock your bike to a flexible rack, or just donate some money to double you efforts!  Adding money allows the rack to pivot disengaging the locking mechanism for free movement.  Users can position their bike as they sit fit, to avoid other bikes or obstacles.  After it is set, the rack locks into place.  You both limit your carbon release and actively work towards sequestration, leveraging your intent for an increased net gain. 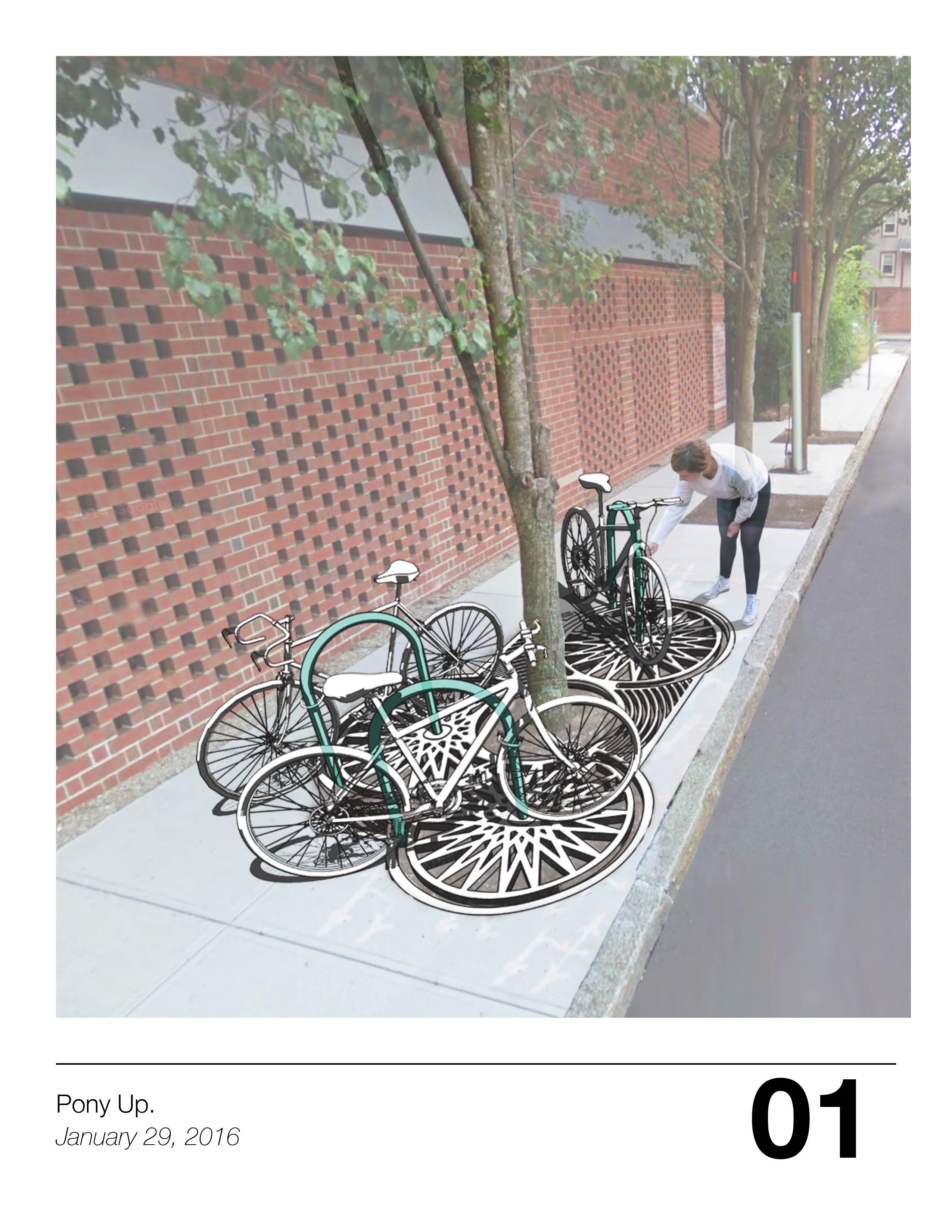 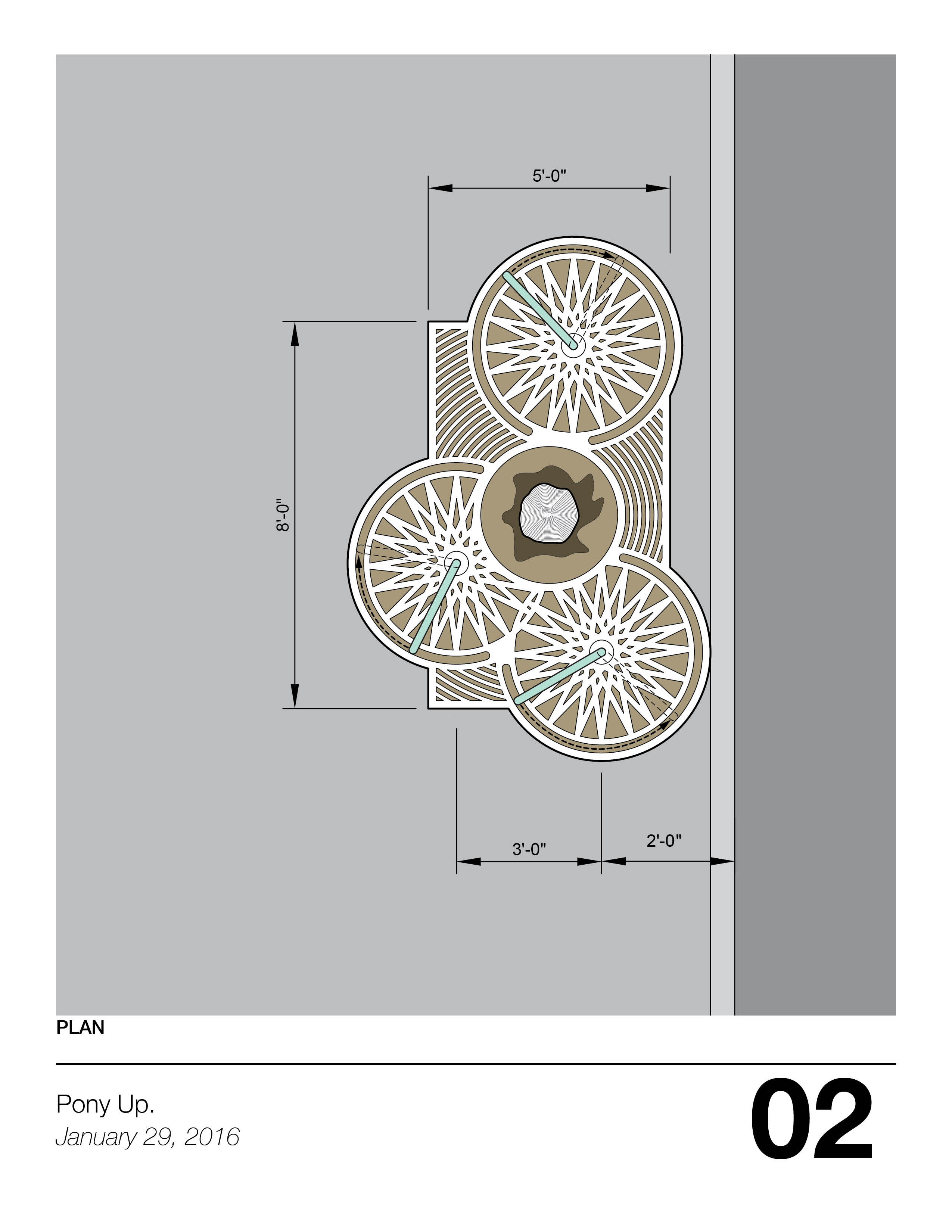 Normal cost for inverted U * 3.

Normal cost for grate * 1.5 (for complexity)

Chadwick Dearing Oliver, of the Yale School of Forestry and Environmental Studies, has written extensively on the mitigation of carbon with wood and forests.

The Boston Transportation Department’s “Boston Complete Street Guidelines” provides a framework for best practices in planting street trees.  Although it is for a different city, we find that the principles easily translate to Cambridge.