Water scarcity is a huge problem that grows more serious every day because of unrelenting droughts caused by climate change. We propose a solution to a particular problem of water scarcity in Las Vegas, Nevada, that can serve as an example of two important guidelines that should be applied elsewhere in the U.S. and around the world:

In this case, we propose rejection of an existing groundwater pumping plan for Las Vegas that (a) is very expensive ($15.45 billion), (b) would call for the biggest groundwater pumping project in the history of the United States, and (c) would cause severe long-term impact on water resources, threats to protected species, and permanent damage to the ecosystem.

Our alternative desalination plan, based on systems thinking, is much less expensive and more environmentally responsible. It involves offering Las Vegas a greater share of water from the Colorado River system in exchange for its providing supplies of desalinated water to Los Angeles. It could also save rate-payers and taxpayers in Nevada about $8 billion.

Many civic and environmental groups stand in opposition to the groundwater plan to bring water to Las Vegas from wells 263 miles away in eastern Nevada.  Part of our proposal involves carrying out a public education and advocacy campaign to promote the desalination plan as a replacement for the groundwater plan.

The category for this entry is "Adaptation/Mitigation, Changing public attitudes about climate change.”  Therefore, proposed actions here include presenting the public and public officials with reasons to reject a highly flawed existing plan. The proposed actions also include presenting a better plan to replace the existing plan. The existing plan is called here the “Groundwater Plan,” and the replacement plan is called the “Desalination Plan.”

The Groundwater Plan (1) was first proposed in 1989 as a way of increasing water supply to Las Vegas. The plan currently involves transporting water by using a 263 mile-long pipeline originating in eastern Nevada. If completed, it would:

The potential economic, social and environmental effects of this massive and unprecedented groundwater mining and export project are of great local, state, regional and national significance.

Among the concerns expressed are:

The Desalination Plan is an alternative to the Groundwater Plan. Its acceptance will require taking actions to change public attitudes about meeting the needs of Las Vegas in a cost-effective and environmentally responsible way. The plan will gain greater public exposure and acceptance if this entry enters into the final round of consideration in the CoLab contest.

If water shortages continue to develop the way scientists predict (3), Las Vegas will be forced to adopt some plan for mitigation. It will be important that the Desalination Plan should be well documented to be a robust and practical alternative to the flawed Groundwater Plan.

Desalination is a mature technology (4) that can be readily applied. At the start of 2012, approximately 16,000 desalination plants in more than 120 countries were operating at a total installed production capacity of 19 billion gallons per day (5). With desalination, we can tap into the world’s most abundant water resource—the ocean.

Instead of using a go-it-alone, Nevada-only approach as is the case with the Groundwater Plan, the Desalination Plan will benefit from a systems approach. Las Vegas will benefit economically by making use of significant resources in the present system whereby Las Vegas already gets 90% of its water. That present system is the system for allotting and controlling the use of Colorado River water, as administered by the Bureau of Reclamation of the U.S. Department of the Interior.

The economic viability of the Desalination Plan will be analyzed in detail to document how the plan can be implemented at a reasonable cost. That cost is presently estimated to be $7.4 billion for a robust system to insure against water shortages for Las Vegas; see "Costs" section below. That estimated cost is significantly lower than the estimated cost of the Groundwater Plan.

The $7.4 million figure includes a “miscellaneous costs” figure of $1 billion. Part of that money will be needed to identify and secure sites for the proposed desalination plant(s). Siting is always a difficult problem because many competing and inescapable concerns about effects on local residents, economic benefits versus disruptions, aesthetics, disruption of transportation corridors, environmental impacts, etc.

Desalination plants are already built on the Pacific Coast, and adding one or more new plants, as needed, will not be a daunting task to either build or pay for. A thorough study of the history of past siting processes will be part of what is carried out during the earliest parts of Stage 1. That will allow us to establish the feasibility of the Desalination Plan based on other efforts in the recent past. Already, 15 to 20 new desalination plants are planned for California by 2030 (6).

Desalination plants will be powered by renewable energy resources. The Desalination Plan will call for the addition to the system of one or more concentrating solar power (CSP) plants. Such plants are already operating successfully within a service area that includes Los Angeles and other coastal cities. Here, again, hard data and analysis will show that adding one or more CSP plants to the system would not be a daunting task to build or to pay for.

A possible location for a CSP facility would be near the present site of the Ivanpah CSP facility in the southern California Mojave Desert that already supplies power to southern California via grid connections – the same grid that already powers desalination plants on the California coast. The Department of the Interior is engaged in identifying the best locations for large renewable energy projects – close to transmission lines and having fewer threatened species than other locations. In California, government agencies and environmental groups are working to identify large tracts in the Mojave Desert suitable for solar plants (7).

If this entry earns a Climate CoLab cash prize, all proceeds will go toward achieving the goals of actions described in Stages 1, 2, and 3.

The authors’ submission of an entry in this CoLab contest constituted the earliest step of Stage 1 activity, presenting to the public the Desalination Plan as a feasible alternative to the Groundwater Plan.

Other steps in Stage 1 include the following:

A campaign should be mounted to inform public officials and the public about the Desalination Plan and how it could serve the interests of all participants who depend on water from the Colorado River. The civic and environmental groups, mentioned above, that are in opposition to the Groundwater Plan would be natural allies in getting both official and public support for the Desalination Plan.

The campaign will present these arguments:

Because strong opposition to the Groundwater Plan already exists among civic and environmental groups in Nevada, it will be important to contact those groups to enlist their support. Those groups, if they agree with the alternative plan, will take the plan to the wider public and to public officials. Officials will have good reason to consider the replacement plan as water scarcity becomes ever more threatening and the Groundwater Plan becomes mired in controversy and lengthy lawsuits. (2)

For Los Angeles to forego a portion of its allotment of Colorado River water in exchange for supplies of local desalinated water, it will be important for several stakeholder groups in California to understand that the Desalination Plan will provide a more reliable source of water to Los Angeles than it would otherwise have in an era of unrelenting drought. Those stakeholder groups include:

Given the legal aspects of water rights, state legislatures and the federal government will have a role to play to guarantee a smooth and expeditious implementation of the Desalination Plan. The U.S. Department of the Interior may use the example of the Desalination Plan in recommending similar plans in other regions where cost-effective and environmentally responsible solutions to water scarcity are needed.

Figure 1 schematically shows the existing system for distributing water from the lower section of the Colorado River to selected cities in Nevada, California, and Arizona. System components include: 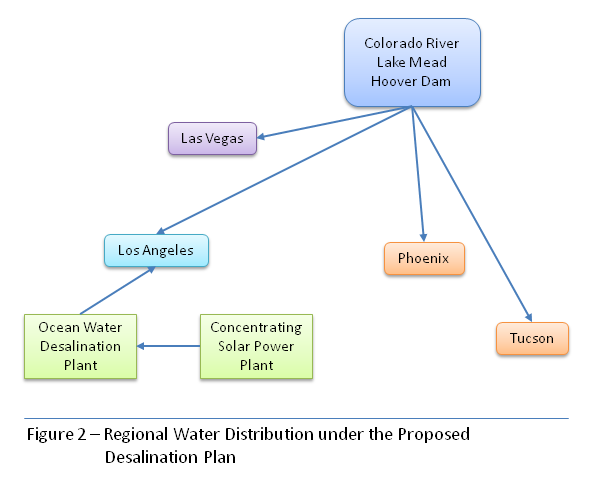 Figure 2 shows the same components as Figure 1 with the addition of:

Acceptance of the Desalination Plan will be increased if stakeholders feel confident siting of desalination and CSP plants will be technically feasible, economically beneficial to chosen locales, and environmentally and socially acceptable. Sites will be determined by assessing multiple criteria, some of which apply to both types of plant. Table 1 shows main selection criteria that can be used to produce an initial list of site candidates (9,10). 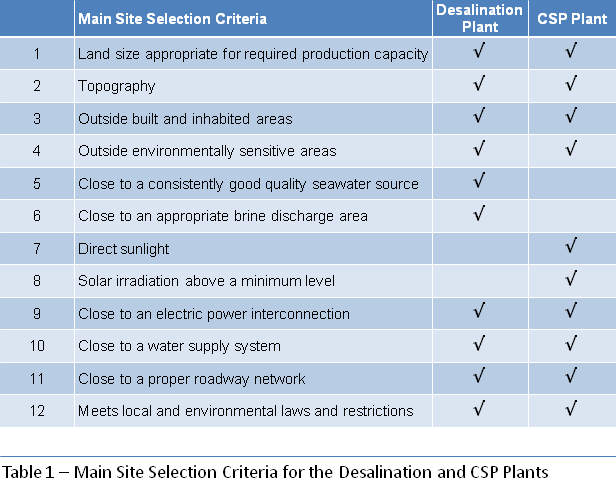 If the Climate CoLab judges find this entry worthy, stakeholders in Nevada will take notice and be encouraged to seriously question the advisability of adopting the Nevada-only Groundwater Plan – a plan that wastes billions of dollars on a project that is environmentally destructive and will eventually fail when groundwater resources become depleted.

Lessons learned from using systems thinking and regional cooperation could benefit Tucson, Phoenix and other cities around the world.

Combining use of power from renewable energy with desalination helps break a vicious cycle of negative environmental impact from using power derived from burning fossil fuels – a practice that contributed to the current water stress in the first place.

Advocating for the Desalination Plan as a replacement for the existing plan will cost a relatively small amount in Stage 1 and Stage 2, when details of the plan will be disseminated to stakeholders in Nevada, California, Arizona, and Washington, DC. Whatever costs might be incurred for Stages 1 and 2 for public education and advocacy would only be about the size of a rounding error for costs associated with Stage 3, implementing the Desalination Plan.

Stage 3 estimates are based on costs known for existing desalination plants (13) and existing CSP plants (14), as follow:

The total cost of $7.4 billion for the Desalination Plan is less than half of the cost of the Groundwater Plan.

Stage 1 of advocating for the Desalination Plan started today with the submission of this entry in the Climate CoLab contest. Assuming some favorable feedback from judges, Stage 1 will continue for the next several months as we refine our proposal to replace the Groundwater Plan. Stage 2 will commence before the end of 2014, when we start to contact stakeholders in Nevada, California, Arizona, and Washington, DC. Stage 2 will continue until either construction is firmly underway on the Groundwater Plan, or it has been firmly rejected in favor of the Desalination Plan.

Stage 3 will commence with the beginning of construction and will continue until the Desalination Plan is fully operational.

By:  Majdi & Manaugh
Contest: Adaptation to Climate Change 2014
What can be done to adapt to the impacts of climate change?
Follow on: